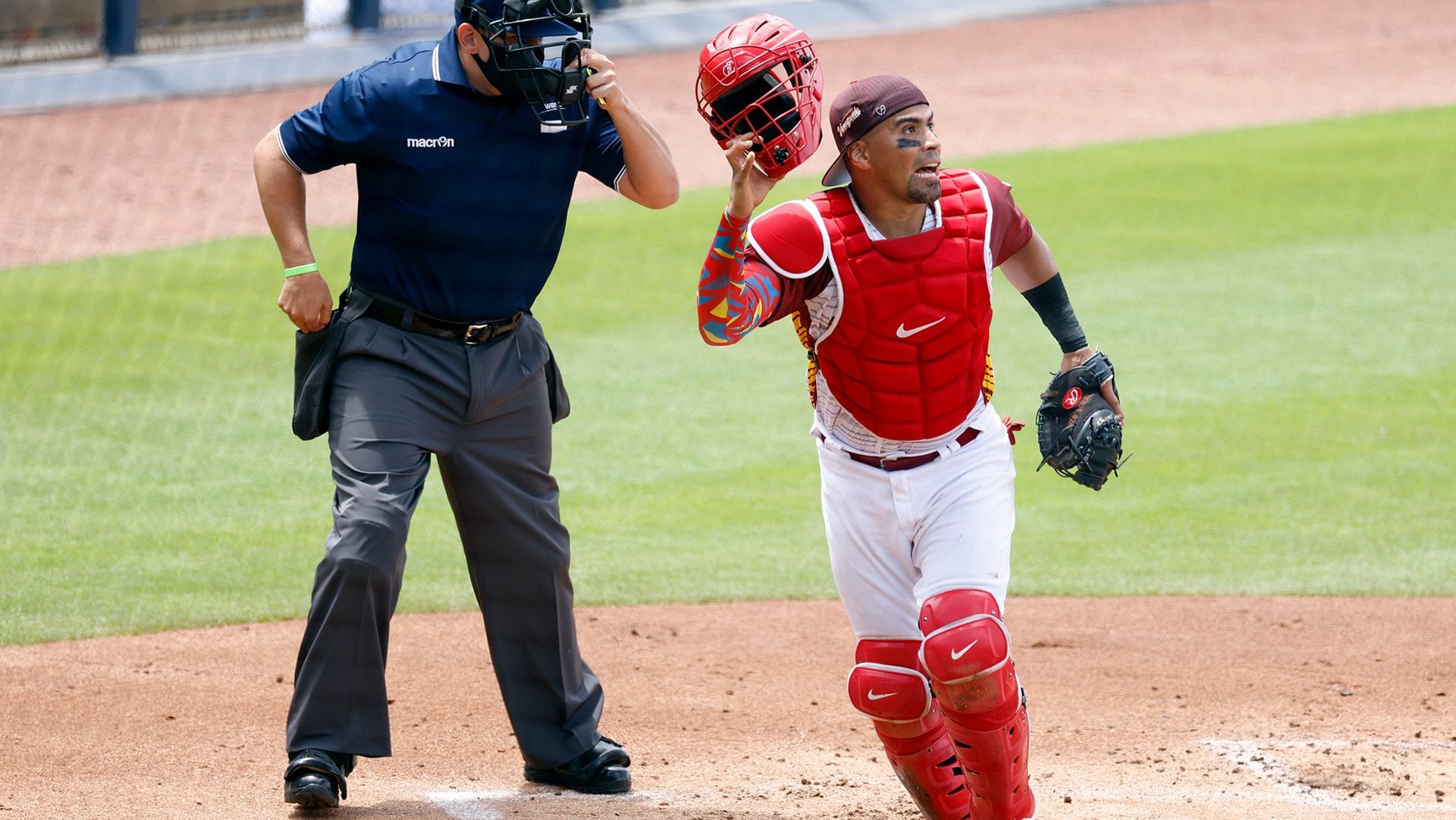 The revolving door at backup catcher continues for the Cubs.

The organization reached an agreement with veteran catcher Robinson Chirinos Monday afternoon, signing the 37-year-old to a major league deal. In a corresponding move, the Cubs designated catcher Taylor Gushue for assignment.

Chirinos will serve as Willson Contreras’ sixth different backup catcher already this season. Austin Romine was the preseason option but a knee injury sidelined him in spring training and he is now on the 60-day IL with a wrist injury.

P.J. Higgins (forearm/elbow) and Jose Lobaton (shoulder) are also on the 60-day IL. Tony Wolters was on the Opening Day roster and played 14 games with the team before he was designated for assignment in May.

When Lobaton went down with a shoulder injury Tuesday in Milwaukee, the Cubs called up Gushue from Triple-A Iowa. The switch-hitter appeared in 2 games and went 0-for-4 with 3 strikeouts.

He actually began his career with the Cubs and spent 2001-10 in the farm system before he was traded to the Tampa Bay Rays in the Matt Garza deal in January 2011.

“With all the injuries we’ve had at that position, he became available yesterday and the guys up top pounced on that,” David Ross said. “He’s here, willing to help out. Former Cub — I think he’s happy to be back. He’s a nice addition. He’s got an infectious personality, a great reputation in the game.”

Chirinos started this season with the New York Yankees before he was released over the weekend. He played 13 games with their Triple-A club, hitting .278 with a .978 OPS.

Contreras has caught far more innings (580.2) than any other National League catcher so far this season — Yadier Molina (518.2 innings) is the next closest NL catcher.