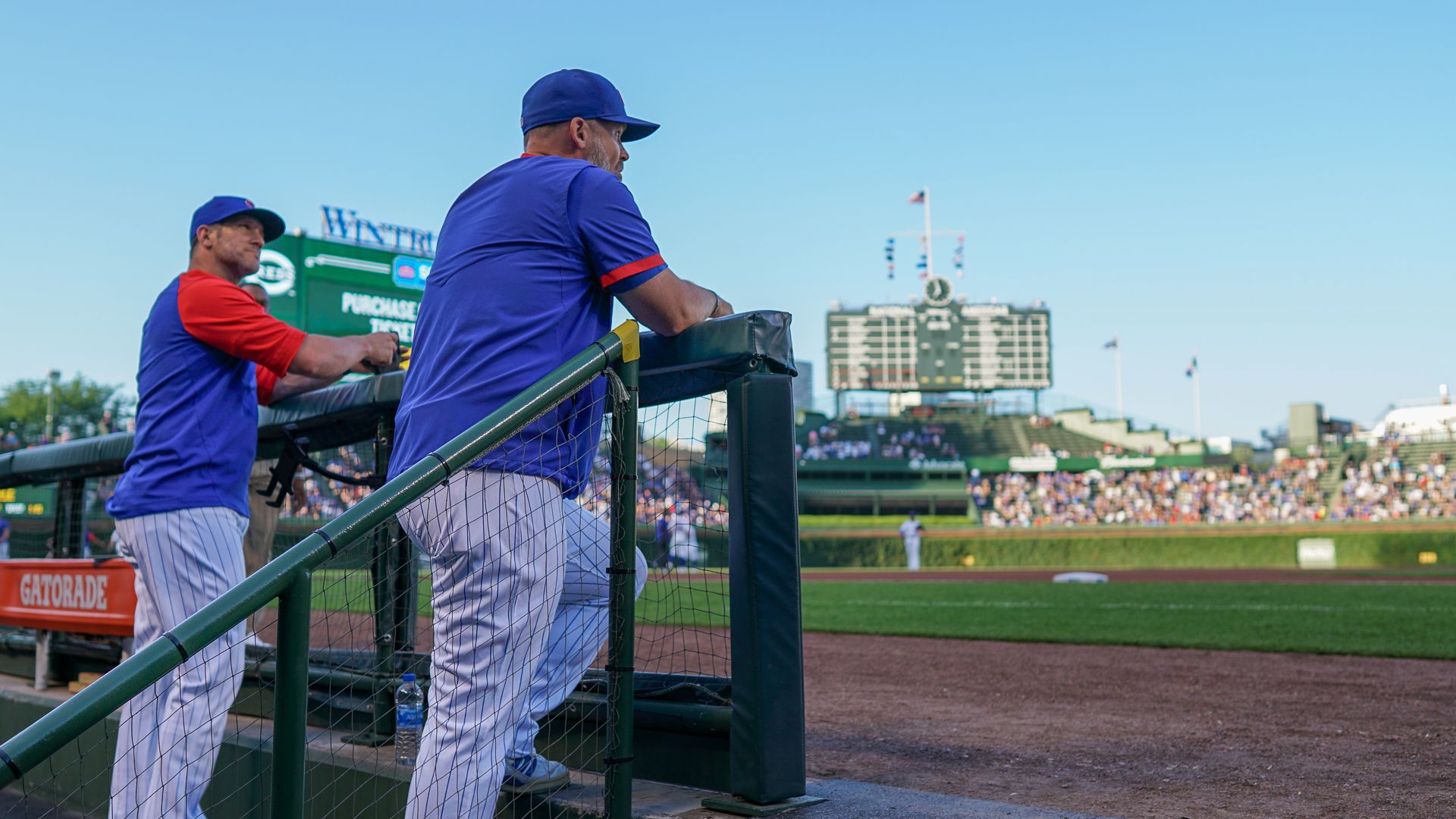 After making a change at hitting coach last month, the Cubs finalized the rest of David Ross’ coaching staff Tuesday.

Greg Brown is the only departure, as the Cubs opted to promote Dustin Kelly as the new hitting coach. Kelly has been in the organization for the last two years, serving as the Cubs’ minor league hitting coordinator before being promoted to the big-league roster.

“Dustin is first and foremost is a leader,” said Cubs VP of Player Development Jared Banner. “Really integral part of our player development department overall. He was promoted to field coordinator this offseason before joining our major league staff. He’s had a tremendous impact on our hitting department, our position players and a lot of the success we’ve had and he’s also helped developed a lot of younger coaches along the way. He’s a special person. A really special leader. Not surprised he’s gotten this opportunity.”

Adduci — who spent the last two years as the assistant director of run production — will be an assistant hitting coach and a part of the team’s game planning.

Smith has been with the Cubs since 2015 and has filled a variety of roles, including assistant director of major league data and development. He will now serve as the team’s major league coach for data development and process.

Andy Green is returning for his fourth season as Ross’ bench coach and Tommy Hottovy will enter his fifth year as the Cubs’ pitching coach.

[READ: Get to know Juan ‘Pipi’ Cabreja, the unsung hero on the Cubs coaching staff]

Here’s how the rest of the coaching staff shakes out: