Cubs still without Kris Bryant, but all tests are negative 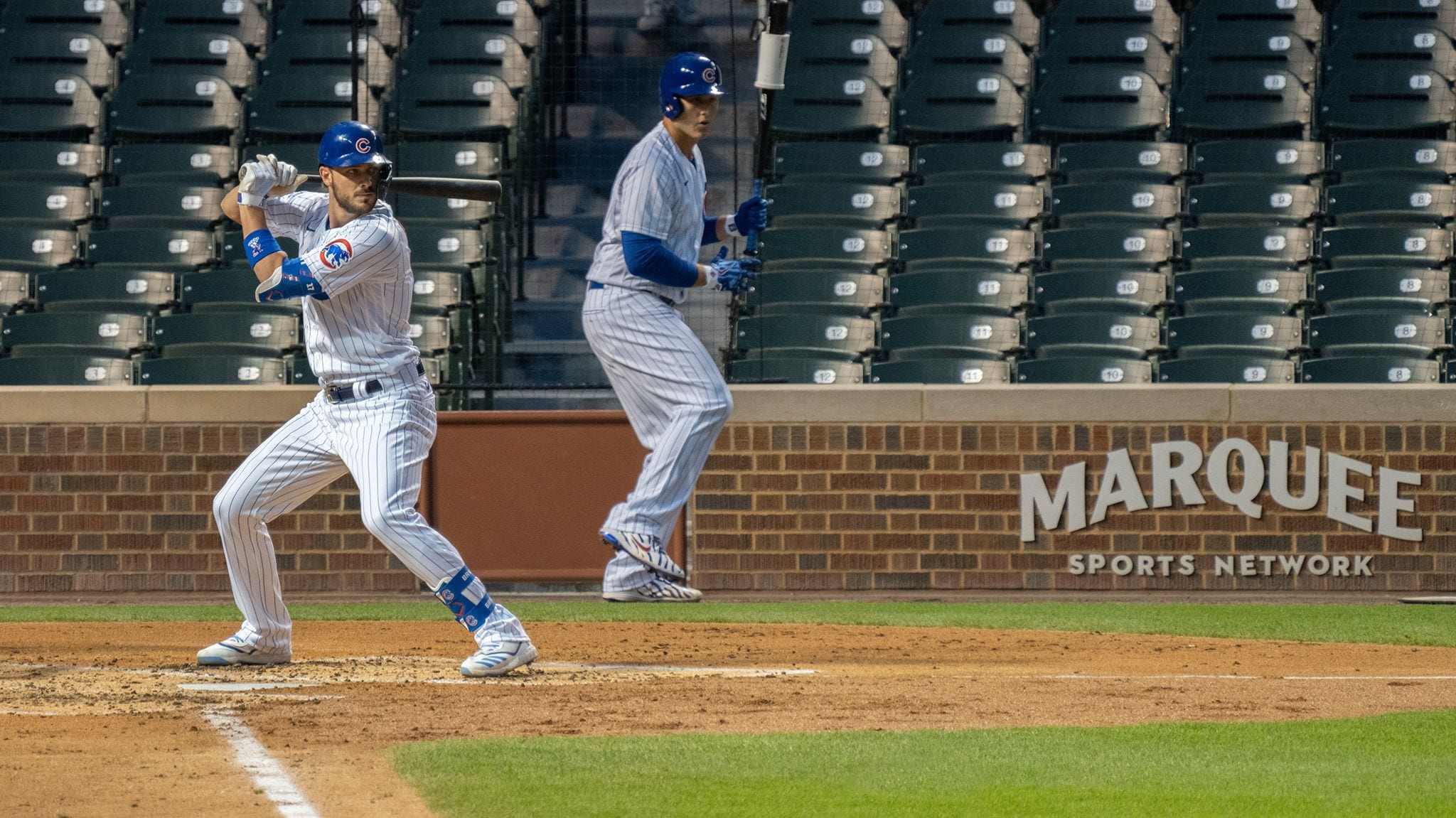 The Cubs will be without Kris Bryant for a little bit, but all of his COVID-19 tests have come back negative.

Bryant went home early Saturday evening with stomach issues and since that can sometimes be a symptom of the coronavirus, the Cubs took every precaution.

Bryant remained out of the lineup and at home Sunday and manager David Ross said he is not sure if the star third baseman will be back for Monday’s game.

Bryant was tested again Sunday morning and the rapid response came back negative. He also took a test Thursday that was negative and he will take another test Monday morning.

Ross spoke with Bryant this morning and the stomach issues have subsided, so now it’s just a waiting game until Bryant is cleared to play.

“He really needs to be commended for going in and getting checked out and with all we’ve got going on, we’re trying to take the right precautions to keep everybody safe,” Ross said. “Kris feels much better today — stomach issues are gone and the tests came back negative, so it’s kind of out of his hands.”

The Cubs are the only team in baseball to have zero players test positive for the virus from the intake process in late June through Sunday.

But with the outbreaks on the Marlins and Cardinals, Ross was proud of the way Bryant spoke up and did everything right to put the team in the best possible position.

“That’s where our training staff did a really good job and just making sure,” Ross said. “It’s a unique year and a unique line that they have to walk. Having some stomach symptoms and with all that’s going on, just gotta be safe.

“Kris did the right thing and went in and wasn’t feeling great, checked him out and sent him home for a number of reasons.”

David Bote started at third base again for Bryant Sunday afternoon and slotted into the leadoff spot.