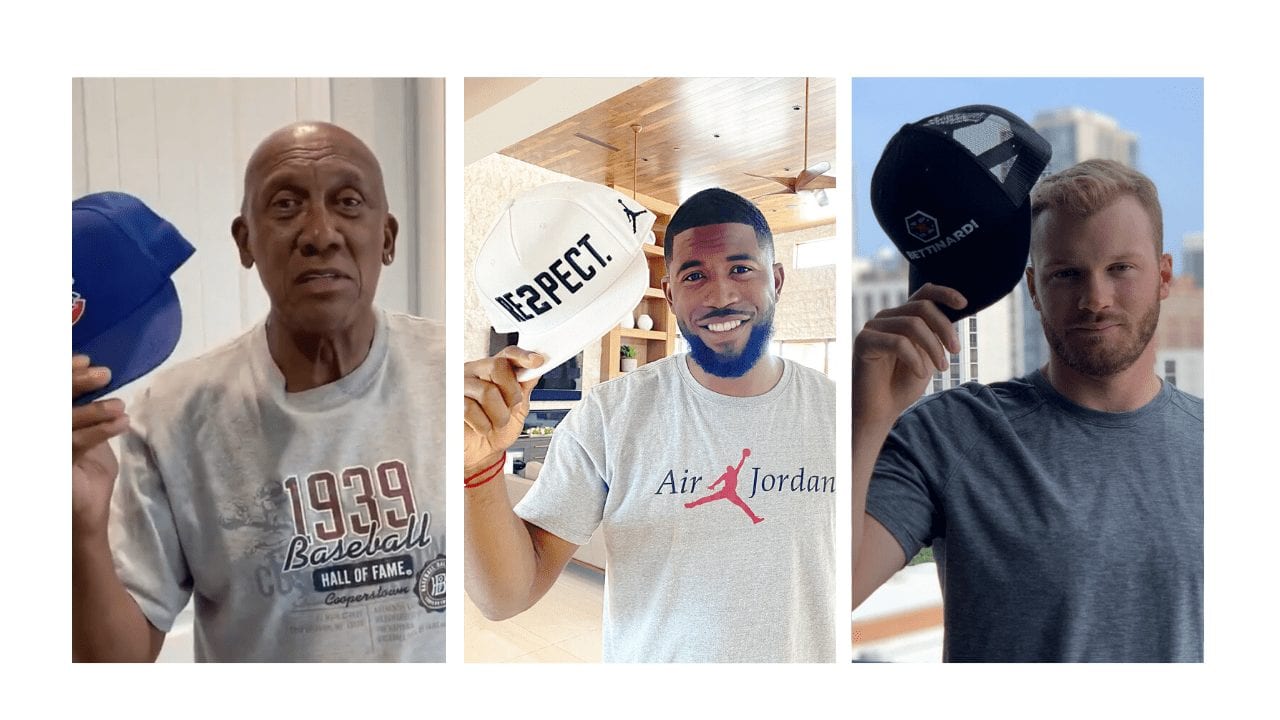 Because of those efforts 100 years ago, some Hall of Famers were given the chance to play in the MLB. For the Chicago Cubs, it was Ernie Banks. He was the first African American to play for the Cubs in 1953. Then it was Gene Baker at shortstop followed by outfielder George Altman. Outfielders Monte Irvin, Billy Williams and Lou Johnson and pitchers Sam Jones and Fergie Jenkins are just some of the names on the list. The first African American coach in MLB history was Buck O’Neil, who joined the Cubs in 1962.

Monday, both current and former Cubs, along with celebrities outside the sports world, wanted to tip their caps to this historic league who gave the MLB some of the best to play the game. Jenkins is thankful for being one of the many Black baseball players to pave the way for others.

Today I tip my cap to celebrate 100th Anniversary of the Negro League. I am honored to have paved the way! @nlbmprez #tipyourcap2020 pic.twitter.com/qpQZIuAHqH

I’m tipping my cap to the Negro Leagues and all those who made it possible for me to play the game I love. Join me and #TipYourCap to 100 years! #ThePlayersAlliance pic.twitter.com/NybIwDKRZU

I’m tipping my cap to the Negro Leagues and all those who made it possible for me to play the game I love. Join me and #TipYourCap to 100 years! #ThePlayersAlliance pic.twitter.com/nvREuQVAgP

Current Cubs outfielder Ian Happ joined in the conversation, saluting the NNL for helping better the game of baseball.

In honor of the 100th Anniversary of the Negro Leagues, join me in tipping our caps. Thank you for helping make our game the best in the world. #TipYourCap2020 pic.twitter.com/2TXCDPoyzw

His teammate in the outfield, Jason Heyward, joined a list of MLB players, thanking the Negro League for everything they’ve done for Black players.

I’m tipping my cap to the Negro Leagues and all those who made it possible for me to play the game I love. #TipYourCap to 100 years! #ThePlayersAlliance

It wasn’t just baseball players either. Former president Bill Clinton donned a Cubs hat in his tribute to the NNL.

I am proud to join the #TipYourCap2020 campaign in honor of the centennial of the Negro Leagues and the talented men and women who played in them from 1920 through 1960. The Negro Leagues made baseball better and America better. pic.twitter.com/ToG1xOOLRr