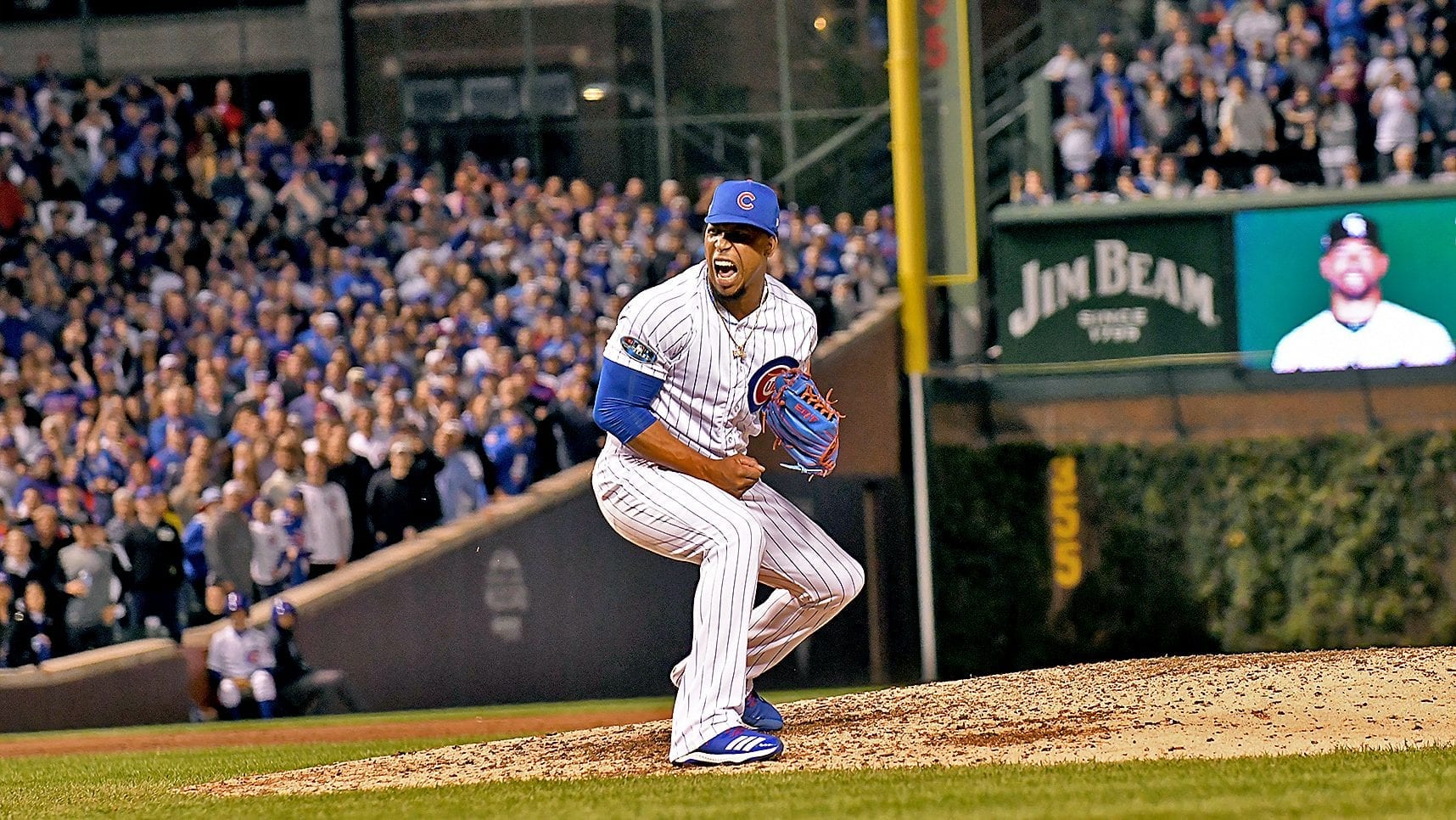 Theo Epstein thought he had the deal wrapped up.

With the Cubs toiling in 4th place in the NL Central, 15 games back of the division and looking to turn over the roster and rebuild, the trade he had negotiated with Baltimore could help accelerate the process.

He thought he had flipped a veteran pitcher in Scott Feldman and a catcher in Steve Clevenger for a younger arm in Jake Arrieta and international bonus pool money in which to sign some promising prospects.

“Jed kept on pounding the table that we could get a throw-in,” Epstein recalled.

But it wasn’t just any “throw-in” he was after. Hoyer had a specific player in mind and wanted him — bad.

“It had to be this guy named Pedro Strop,” Epstein said.

It was a seemingly odd suggestion by Hoyer on the surface. Strop had struggled in 2013 with the Orioles, carrying a 7.25 ERA and a 1.701 WHIP in 29 appearances and had made over 30 appearances only once in his 6-year career.

“Jed kept pounding the table saying, ‘not only can we get more, but he’s the right guy,’” Epstein said.

Epstein gave in and asked for Strop in the deal and the Cubs were able to acquire him. At the time it was known as the “Scott Feldman trade.”

Except it now goes by a different name.

“[It] would ultimately become the Jake Arrieta trade,” Epstein said.

You could call it the Arrieta-Strop deal, now, too.

Strop had a stellar, 7-season career with the Cubs, pitching to a 2.90 ERA and 1.048 WHIP in Chicago and being a key cog in the Cubs bullpen that won the World Series in 2016 and was a perennial playoff threat.

“You talk about a throw-in to a deal, Stropy ended up being one of the most consistent and successful relievers in modern Cubs history,” Epstein said.

Arrieta turned around his career, too. He pitched to a 2.73 ERA in 5 seasons with the Cubs, winning the 2015 NL Cy Young Award and becoming one of the premier pitchers in baseball.

And without Hoyer, who knows how that deal would have turned out.

“That’s one I always think back on because there’s no doubt if it weren’t for Jed being insistent on that and driving that, we would not have gotten Stropy in the deal, let alone maybe complete the deal,” Epstein said. “Without Jake Arrieta, all of the history here is different.”