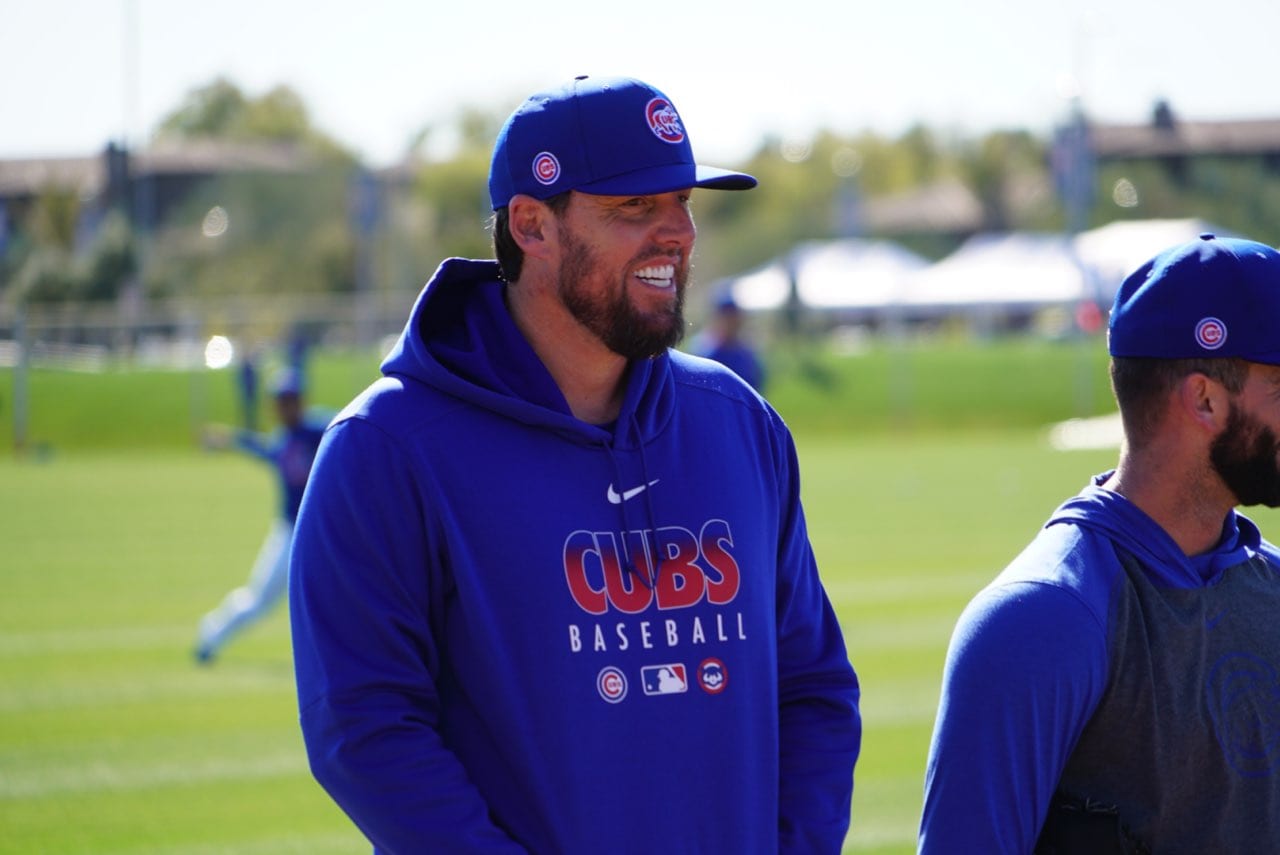 MESA, Ariz. – The Cubs have a new addition to the coaching staff in the form of…John Lackey?

The former Cubs pitcher who retired after the 2017 season was seen in Cubs camp Wednesday morning, in full uniform watching bullpens and interacting with the team.

“I think he’s here for a haircut,” David Ross joked, referencing Lackey’s famous quote during his time in Chicago.

Ross and Lackey won a World Series together in both Boston (2013) and with the Cubs in 2016. So the Cubs manager invited his former teammate out to camp for the next week or so.

“I think he wants to be around the game a little bit, as shocking as that may be to [the media],” Ross said. “He’s a guy that really has a lot of knowledge. I joke with him all the time – he started the alphabet with rings, he’s got the A, B and the C [Anaheim, Boston, Chicago]. I think his knowledge and what he’s been through. He started Game 7 in [2002] as a 24-year old.

“This guy has seen it, done it on the biggest markets and knows what that looks like. He’s friends with a lot of these guys, good energy when he’s in the clubhouse, he’s always been that guy. He doesn’t have to toe the rubber, so you won’t see that side of him at all. He’s nice to have around.

“When he opened the door, it was an opportunity that he had free to come and I jumped on the chance to see if he wanted to come. I’m happy to have him here and he got me my two rings, so I owe him at least that.”