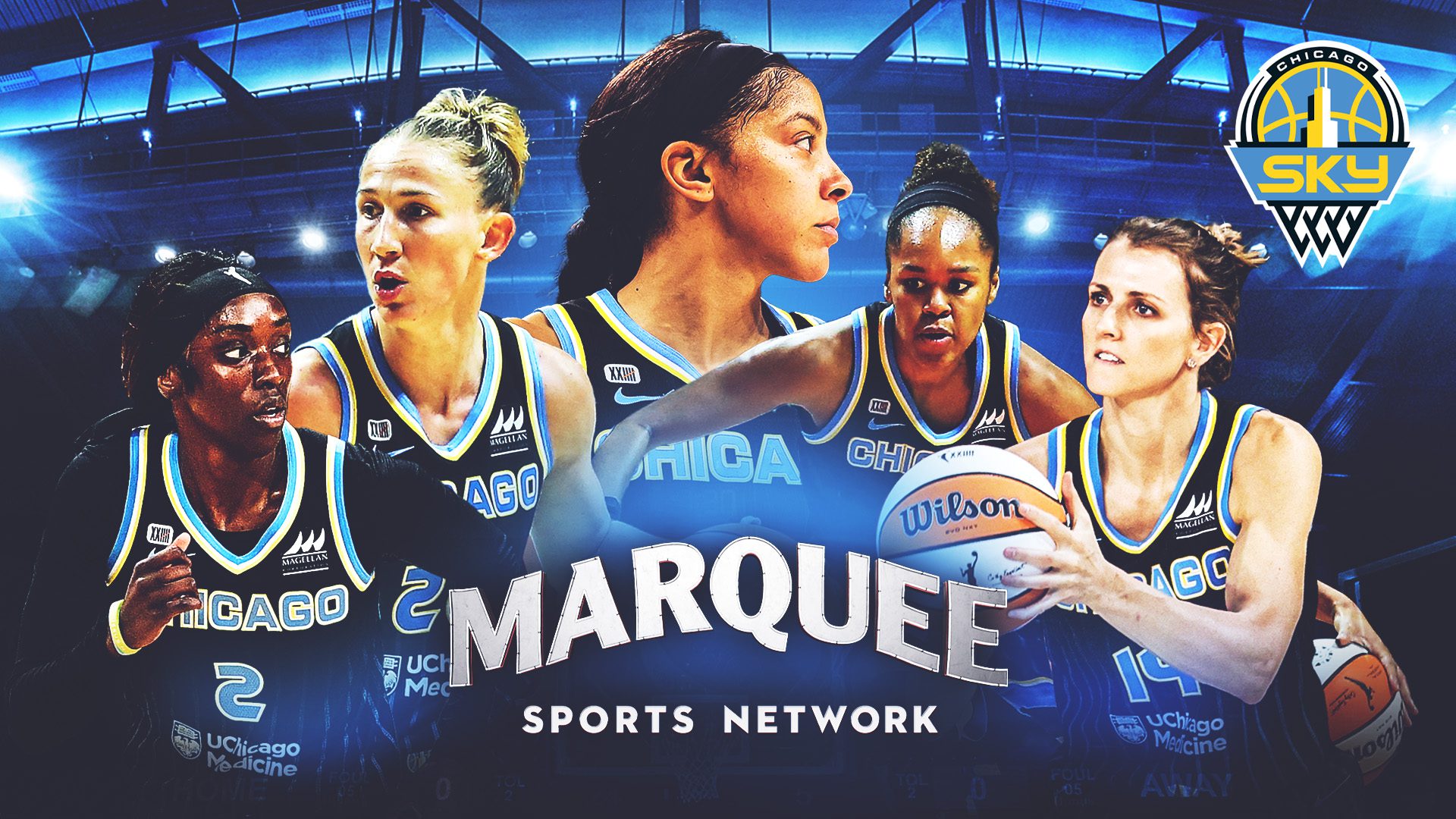 CHICAGO (May 2, 2022) – Marquee Sports Network and the Chicago Sky today announced a multi-year broadcast partnership, providing live television broadcasts of up to 16 Chicago Sky games, as well as the streaming of all non-nationally televised games through Marquee Plus, a dedicated streaming channel available for authenticated Marquee subscribers through the Marquee Sports Network app.

The locally televised games not picked up live on Marquee Sports Network due to coverage of Chicago Cubs games will also be carried by WCIU-TV in addition to Marquee Plus.

Marquee Sports Network will air the season opener this Friday, May 6 as the Chicago Sky host the Los Angeles Sparks in their first game since claiming the WNBA championship last October.

“Thanks to Adam Fox and the Chicago Sky organization for their work in helping make this deal a reality,” said Marquee Sports Network General Manager Mike McCarthy. “We look forward to not only broadcasting their games on Marquee, but also sharing stories about their players and coaches and the organization’s tremendous community work on our network.”

“This partnership with Marquee elevates the Chicago Sky fan experience in a way that has never been done before,” said Sky President and CEO Adam Fox. “Women’s basketball, particularly the Chicago Sky, is increasingly gaining attention and affinity, and Marquee’s commitment to women’s professional sports made this an easy partnership. With Marquee, as well as our continued relationship with WCIU-TV, fans will never miss a moment of the Sky’s title defense.”

ABOUT CHICAGO SKY: The WNBA Chicago Sky is a professional women’s basketball team founded in 2005 by principle owner, Michael Alter. The Chicago Sky was the first independently owned women’s professional basketball team to join the WNBA and plays at the Wintrust Arena. The season runs from May-September and individual tickets start at $17. Call 866.SKY.WNBA or visit sky.wnba.com for more.