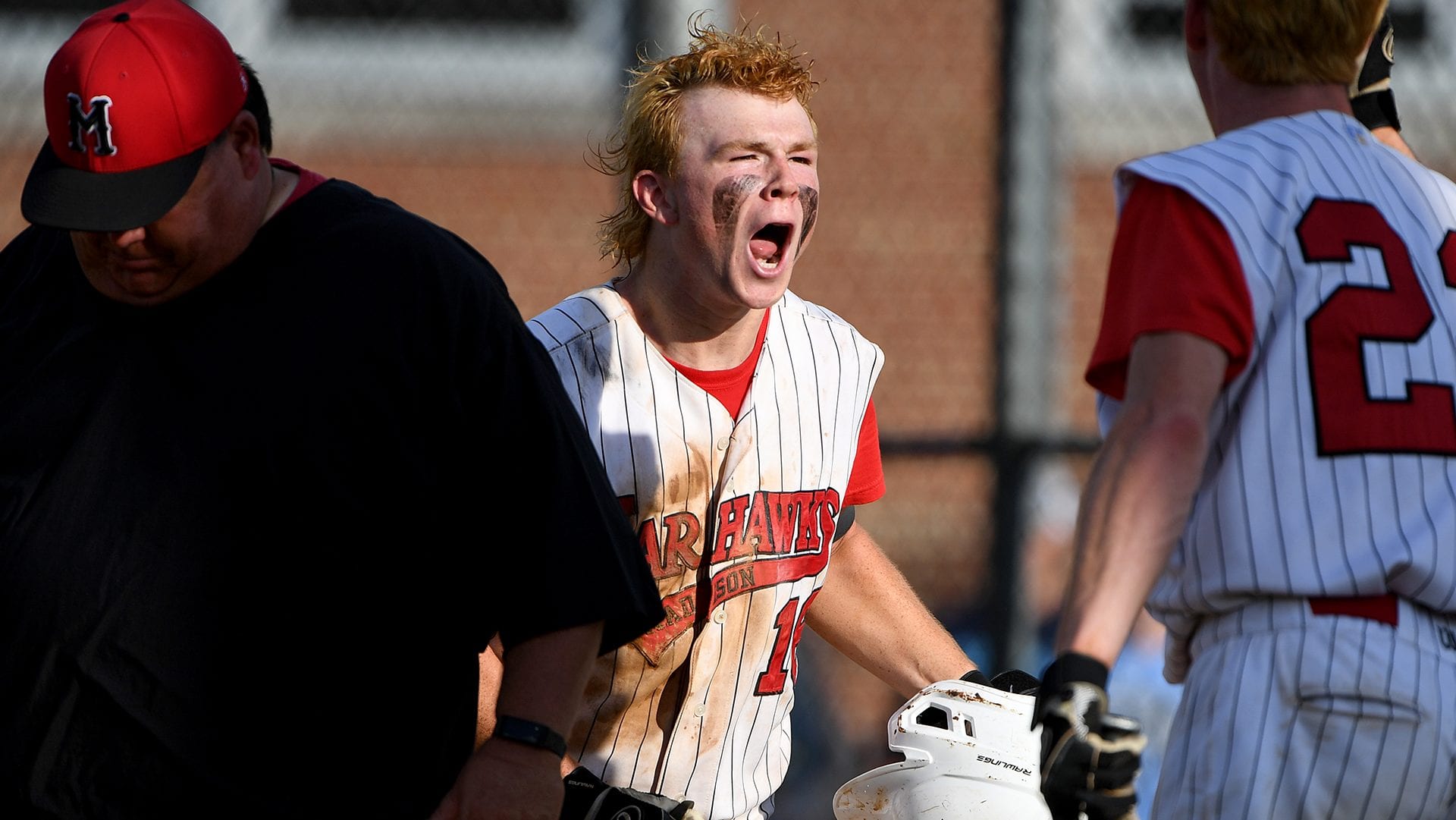 Day 2 of the MLB Draft is in the books and the Cubs have a wide array of skills among their selections.

The haul also included a mix of prep players and collegiate athletes.

Here’s a rundown of each pick:

Triantos is a product of James Madison High School, where he played shortstop but the Cubs listed him as a third baseman with their selection. He also pitched in high school and led his team to a 6A state championship in Virginia in June.

The 6-foot-1, 195-pound 18-year-old bats and throws right-handed. He is verbally committed to the University of North Carolina.

The 18-year-old southpaw is originally from southern Illinois (Swansea) but played his 2021 season at IMG Academy in Florida. He is listed at 6-foot-3, 190 pounds.

Gray has been clocked in the low-90s with his fastball and also throws a slider and curveball and has reportedly been working on a changeup. He verbally committed to Arkansas for college.

Round 4 (123rd overall): OF Christian Franklin

The Arkansas product bats and throws right-handed and is listed at 5-foot-11, 195 pounds.

Franklin, 21, hit .274 with a .420 on-base percentage and .964 OPS in his junior season. He smashed 13 homers and drove in 54 runs in 61 games while also swiping 11 bases. He began his collegiate career playing mostly left field but has seen time exclusively in center over the last two seasons.

MLB.com ranked Franklin as the No. 52 overall prospect leading into the Draft.

Spence is an Australian native who turned 23 in April. The right-handed-hitting middle infielder spent the last two seasons playing for Tennessee and hit .338 over his college career with more walks (66) than strikeouts (60).

Martin is a product of Quincy University in southern Illinois, where he pitched the last 5 years. The 23-year-old southpaw went 30-11 with a 3.85 over 56 games (55 starts) in college.

In addition to boasting a pretty sweet name, Chavers was ranked 160th overall in the pre-Draft rankings by MLB.com. He spent the last few years playing for Coastal Carolina and turns 23 later this month.

Opitz is another Arkansas product and measures in at 5-foot-11, 200 pounds. He was originally selected in the 27th round of the 2017 Draft by Cleveland out of high school but opted to attend college instead.

Opitz turns 23 later this month and caught 146 games for Arkansas over the last four seasons. He hit .257 with a .713 OPS during his senior season with 6 stolen bases and almost as many walks (32) as strikeouts (33).

Watkins is a tall lefty, standing at 6-foot-4. He just concluded his junior season at Oregon State, where he worked as a reliever.

The 23-year-old has played all over the field during his collegiate time at the University of Pennsylvania (2017-20) and Duke (2021). He has seen time at first base, third base and all three outfield spots but remained in right field this spring with Duke.