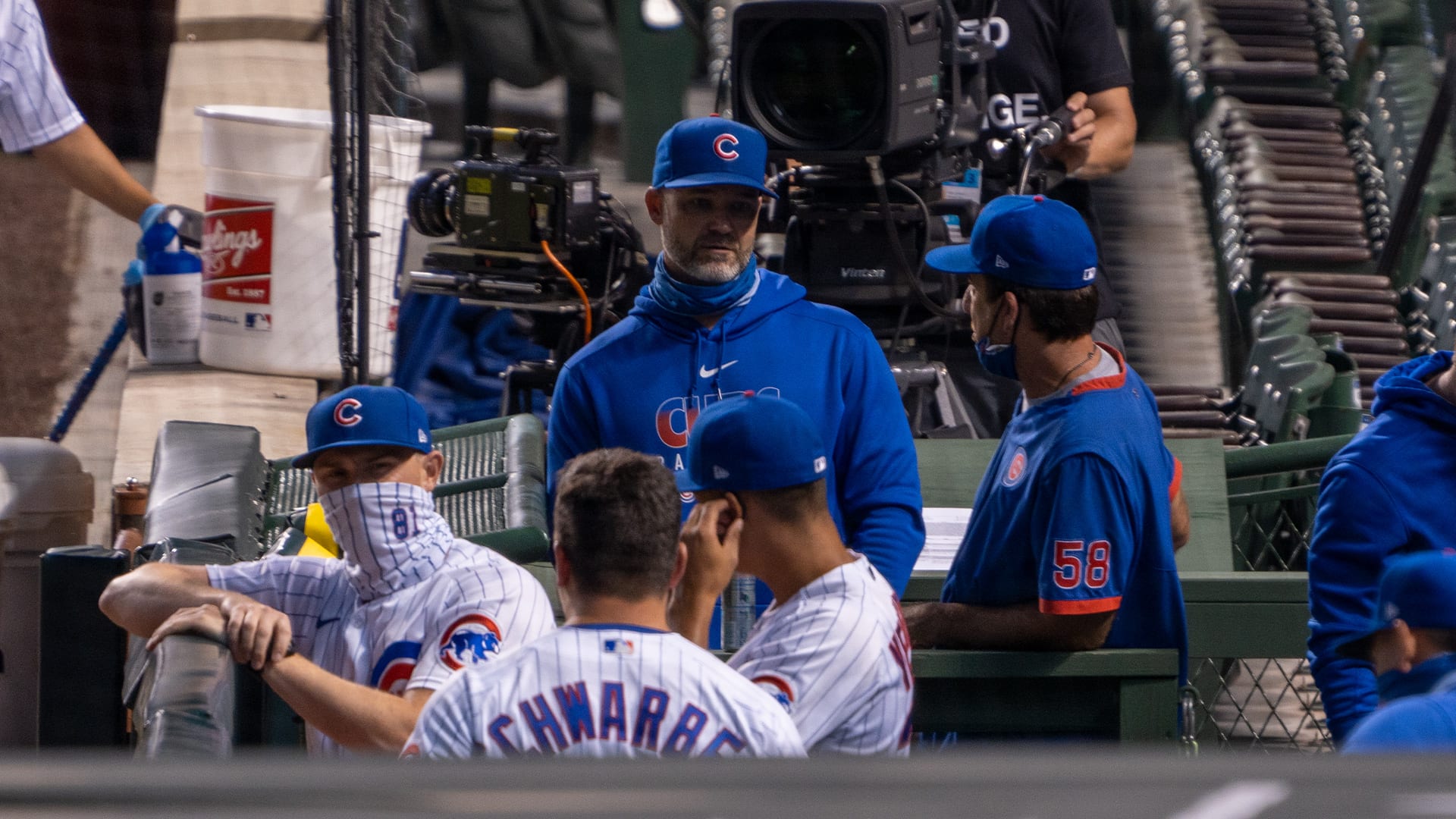 It’s not packed with bold predictions or suggesting a trade that sends one of the current members of the Cubs core somewhere else in exchange for a bunch of long-term pieces.

It’s a projection of where the Cubs stand currently and highlights what they need to address over the MLB offseason.

We went with the standard 26-man roster with a limit of 13 pitchers — the rules that were in place for 2020 before the pandemic altered everything. There’s certainly a possibility the league and Players’ Association settles on an agreement to expand roster size to 27 or even 28 again in 2021.

We’ll see how that develops this winter, but for now we’ll stick with the standard 26.

The Cubs remain in a fantastic spot with their backstops, both offensively and defensively. With or without the DH in 2021, both players should play fairly often, with Caratini catching every time Yu Darvish pitches or whenever Contreras needs a rest.

While many teams around baseball are declining team options to save money, the Cubs exercised Rizzo’s $16.5 million option for 2021. That means he, Bryant and Báez are all back for one more run on the infield — for now, at least. All three players will be entering their final year of club control with an uncertain winter ahead.

Hoerner struggled a bit at the plate in 2020, but he flashed his potential with his glove and on the basepaths and he could be primed to step in as the team’s everyday second baseman.

Bote is a valuable role player who is set to make just $1.01 million in 2021. Vargas is currently out of minor-league options but is under team control as a pre-arbitration player who is a switch-hitter and can play all over the infield.

Schrock was acquired last week off waivers from the Cardinals and could emerge as utility option for the Cubs as a high-contact left-handed hitter.

Entering the offseason, the starting trio in the outfield is easy to peg. But the Cubs are losing a lot of depth with Cameron Maybin and Billy Hamilton hitting free agency and Schwarber joins the star infielders as players a year away from the open market.

2021 will mark Happ’s first year of arbitration, so both he and Heyward are under team control through 2023.

Martínez is in his second year of arbitration, which is projected for a $2.2 million figure. That might be too much for a guy who has defensive questions and went 0-for-21 with the Cubs in 2020, so a non-tender is possible. But if the DH returns to the NL next season, Martínez could be a great option for this team as a professional hitter who hammers left-handed pitching and has a track record of churning out quality at-bats.

The 1-2 punch at the top of the rotation certainly instills a feeling of comfort for this Cubs front office as they head into an uncertain winter. Mills and Alzolay have earned a chance to show what they could do over a full season.

At the very least, the Cubs would like to bring in some competition for the final rotation spot and add more starting pitching depth in case of injury.

Justin Steele and Tyson Miller are also waiting in the wings after both players made their first MLB rosters during the 2020 season.

This is a solid start for the Cubs front office, but the bullpen also represents a prime area for growth on this roster.

The Cubs will likely be in the market for veteran left-handed relievers this offseason with Ryan and Wieck their only experienced in-house options at the moment. Ryan led the team in appearances in 2019 but struggled a bit in 2020. Wieck was injured for most of 2020 but the Cubs like his potential.

This unit could also use more experience as only Kimbrel and Tepera have extended run in big-league bullpens throughout their career.

Wick continues to look like a rock-solid option at the back end of the bullpen setting up for Kimbrel, who rebounded from a tough start to finish with a flourish. Adam and Underwood also showed a lot of promise in 2020 and Winkler emerged as a reliable middle reliever for manager David Ross.

The Cubs have several options available in the minor leagues who could push for some of these final spots in spring training, including James Norwood, Dillon Maples and lefty Jack Patterson.

It will be fun to see how Burl Carraway fares in camp and if he emerges as an Opening Day option. The Cubs believe it won’t be long until their 2020 2nd-round pick is in the big leagues.