The best of the Cubs on Father’s Day 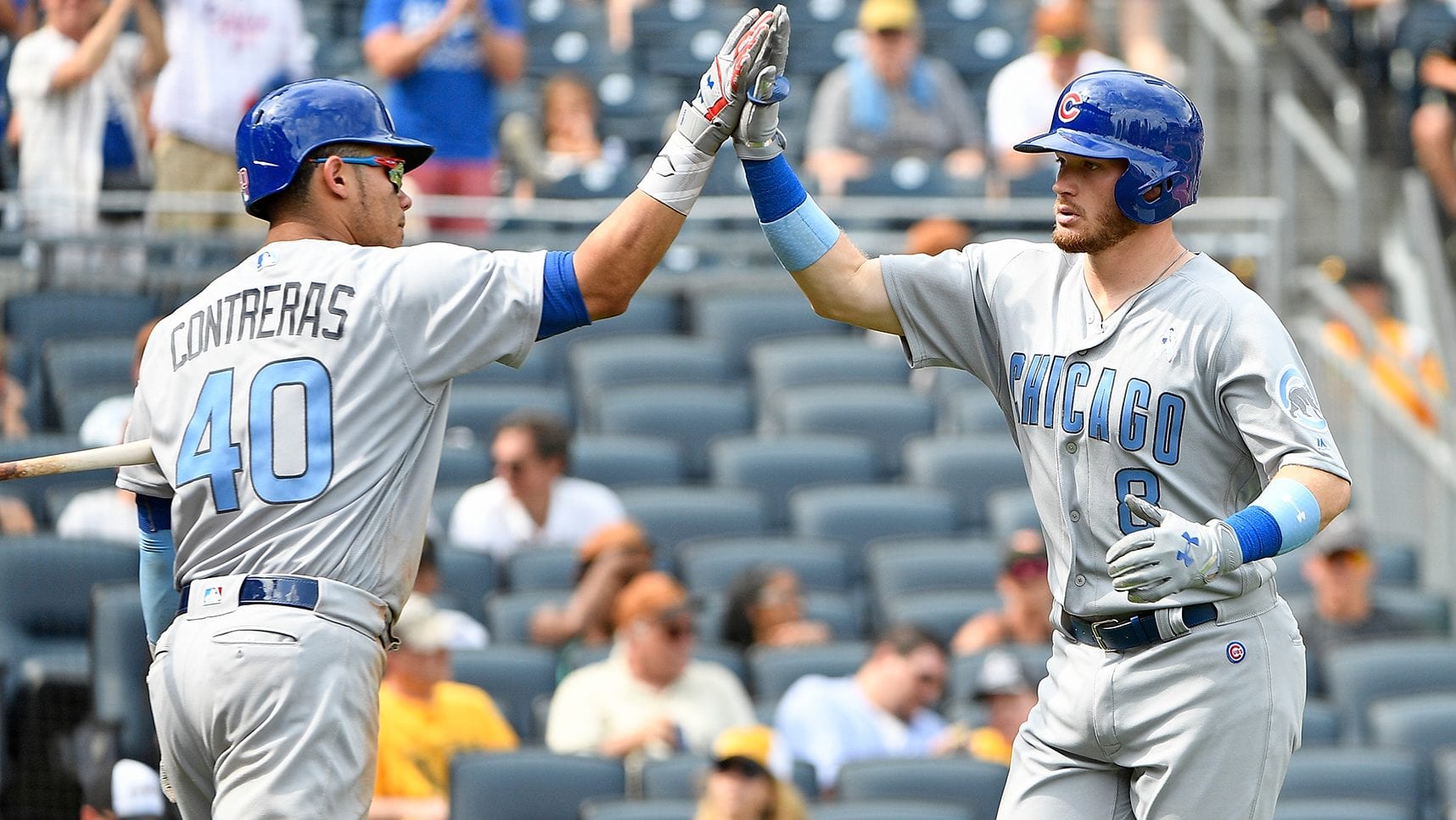 The blue-laced uniforms that have become customary on Father’s Day across MLB won’t be seen this year. In its place, we decided to take a look back at Cubs’ wins on Father’s Day in the last 40 years.

It’s worth pointing out the many noteworthy performances, like Anthony Rizzo homering on four consecutive Father’s Day from 2014 to 2017.

Without further ado, here’s some notable Cubs wins on Father’s Day in the last four decades: Bill Buckner & Jerry Martin homer in the 6th inning off Phil Niekro, and the Cubs never gave up the lead.

Ryne Sandberg and Gary Woods both drove in 2 as Dick Ruthven threw a complete game, 2-hitter at old Busch Stadium. Leon Durham and Shawon Dunston both homer in the 8th to tie the game; Steve Lake hits a walk-off single in the 11th to win it. Hall of Famer Dennis Eckersley started for the Cubs and struck out 5 while allowing 2 earned runs in 6 innings of work. Dawson hit a 3-run, no-doubt homer in the 1st, and the Cubs never looked back. Mitch Williams pitched 1.1 innings for the save. Mark Grace, Dawson, Curt Wilkerson, Domingo Ramos and Joe Girardi recorded 2-hit games in a win at Veterans Stadium. It was the fifth straight win on Father’s Day for the Cubs — call it a Father’s Day dynasty.

Mike Morgan goes 8.2 innings, Rey Sánchez goes 3-for-4 with 3 RBI and Paul Assenmacher gets the save for the Cubs at Veterans Stadium.

The Cubs smack 14 hits, including 3 from Shawon Dunston (who had 2 home runs) and 3 from Derrick May at old Candlestick Park. Terry Shumpert homered off Fernando Valenzuela. Tony Gwynn was picked off at first and was caught stealing at third in the game. Frank Castillo picked up the win.

Brant Brown homers off Cal Eldred, who in 15 games at Wrigley Field had a 6.32 ERA. Frank Castillo gets the win for second consecutive Father’s Day.

Ricky Gutierrez & Sammy Sosa homer, Kerry Wood gets the win and Tom “Flash” Gordon gets the save. A.J. Pierzynski goes 0-for-3 with 2 strikeouts for the Twins. Moises Alou homers off Barry Zito and Derrek Lee goes 3-for-3 with a home run. Catcher Michael Barrett led off, but went hitless. It was one of four career starts in the leadoff spot for Barrett.

Every Cub in the lineup besides Mark DeRosa collected a hit, including an Aramis Ramírez home run. Ted Lilly gave up 1 hit in 6 innings of work against his former team north of the border.

Randy Wells goes 6.2 innings for his first win of the season and the Cubs sweep the Indians at Wrigley Field. The Cubs had walk-off wins in the first two games of the series.

The Cubs collected 18 hits — 2 each from Marlon Byrd, Jeff Baker, Derrek Lee, Xavier Nady, Alfonso Soriano, Ryan Theriot and Carlos Zambrano. The Cubs were 7-for-20 with runners in scoring position in the game. Willson Contreras homers on the first pitch he ever sees in the big leagues. Kyle Hendricks fans 12 in 6 innings of work and Rizzo homers for the third consecutive Father’s Day.

John Lackey gets the win while Ian Happ and — guess who — Rizzo homers. It’s the fourth consecutive year homering on Father’s Day for Rizz, this time out of the leadoff spot.