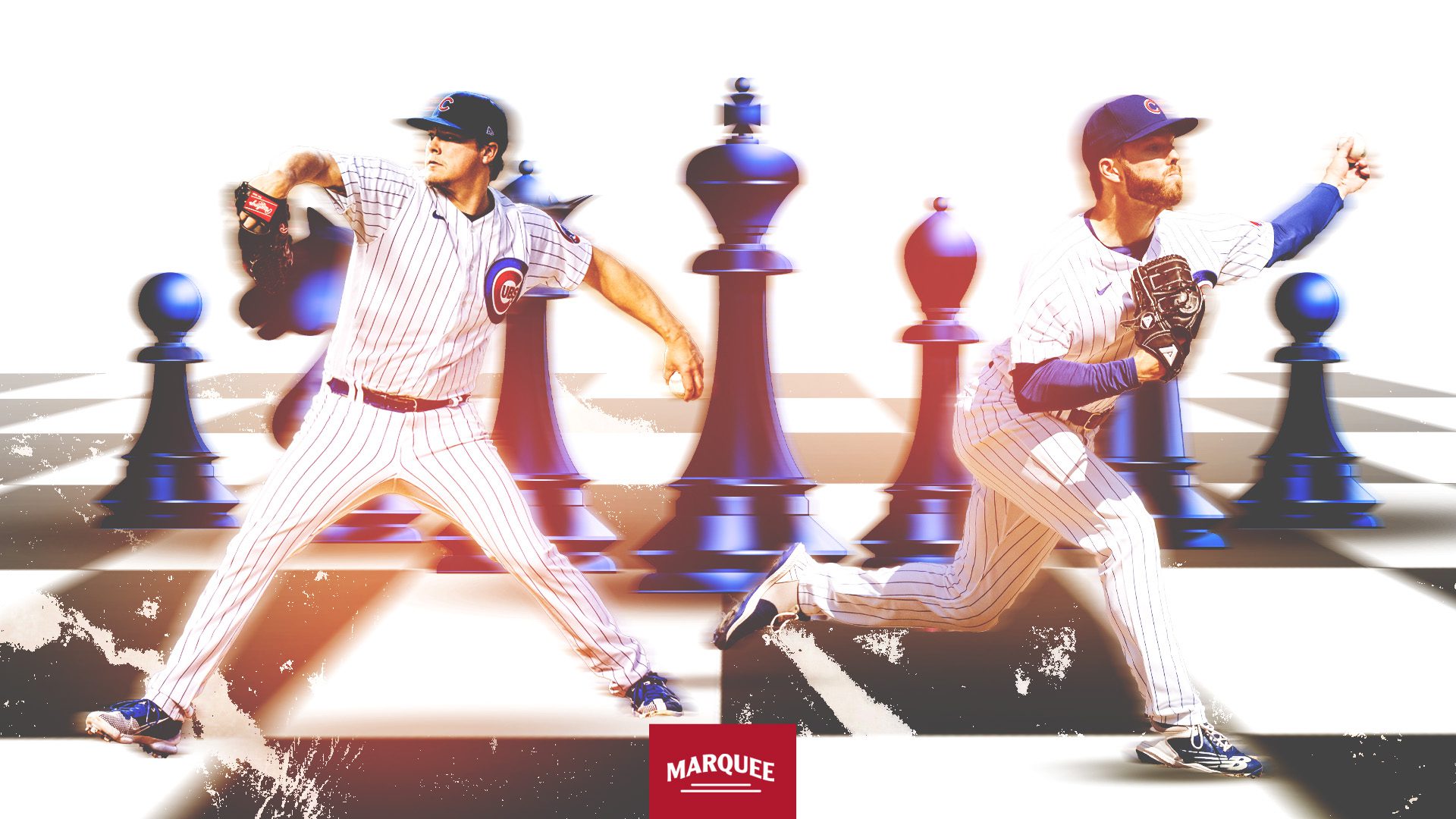 On a warm, humid day in St. Louis, Erich Uelmen knew exactly what he wanted to do.

He looked at his opponent, studied his gameplan and then executed it.

The player across from him called time.

“Oo, why would you do that?” he asked Uelmen.

His opponent wasn’t a hitter and Uelmen wasn’t standing on a pitcher’s mound. Actually, the foe was a teammate, lefty reliever Brandon Hughes, and the pair were playing chess — the game that’s gaining popularity inside the Cubs’ clubhouse.

“It’s fun,” lefty starter Justin Steele said. “It’s a good way to get your brain moving in the morning and stuff before the game. It’s good. It’s competitive. We all like it.”

Hughes is one of the top chess players on the Cubs’ roster and when he was facing Uelmen in St. Louis, he showed grace. He saw Uelmen making a mistake and thought to help — it led to a minor upset.

“So, he made a dumb move,” Hughes said. “We call it a blunder … I would’ve taken his queen for free, and I just let him do a different move and he ended up beating me.

“We’ll give that an asterisk. Don’t give him a free win for that one.”

The Cubs’ chess craze started earlier this season in Cincinnati. There was a board in the visitor’s clubhouse and former Cubs reliever David Robertson started playing along with Hughes and Chris Martin.

“Probably saw two guys playing, forgot who it was and then everybody was like, ‘Oh I remember how to play chess,’” Steele said. “And we kinda just started playing.”

Originally chess was just confined to relievers — then some starters like Steele, Wade Miley and Drew Smyly got in on it. By the time the Cubs were in St. Louis earlier this month, Nelson Velázquez and Christopher Morel were getting in on the action along with coaches Juan “Pipi” Cabreja, massage therapist Aaron Witz and others from the training staff, too.

Towards the back of the visitor’s clubhouse at Busch Stadium, there’s a round table where three walls of lockers meet. Before a doubleheader against the Cardinals, Velázquez squared off with Nick Madrigal, who’s just learning the game.

Velázquez bragged to Morel that he would beat Madrigal in five moves.

“I spend my time on YouTube watching videos, trying to learn moves,” Velázquez said in Spanish.

So, Madrigal was a testing ground of sorts for Velázquez.

“But Madrigal, he don’t even care,” Velázquez said in English. “He plays chess. He doesn’t know, so he just wants to learn.”

There’s still some fine-tuning that Velázquez can strive for, though, since he needed eight moves to beat Madrigal.

“I think it’s fun,” Madrigal added. “There’s a couple of different things guys do around the clubhouse, and I think chess is one of those newer things.”

So what’s the definitive rankings of Cubs chess players?

“I’d say me and Wade, then Hughesy,” Steele said with a smirk. “Smyly’s pretty good, too. I don’t know. We need to start keeping all the scores. Start keeping up the scores and have an actual board or something that way we could have power rankings. I’d like to think I’m high on the list.”

The consensus, though, is that Hughes ranks near the top.

“He plays a decent amount,” Uelmen said. “I think he’s in a good rank on the phone.”

Hughes learned the game from his dad, Mike, and played it a bit at Michigan State. The interest was sparked again this year and that’s why he has jumped in feet first.

“If I’m gonna play something, I wanna know a little bit about — I like diving into things,” Hughes said. “Chess, if a bunch of guys are playing it, I wanna download the app and I try to practice and all that stuff.

For a group of uber-competitive people, chess provides the perfect release for them off the baseball field.

“It’s just something to keep up with throughout the season,” Steele said. “[If] somebody beats you, you wanna beat them the next time you play so you wanna get back on the board with them. It’s fun.”

It can help them on the diamond, too.

“When I’m thinking about chess, I’m thinking about different strategies, how to attack and how to get into their defense,” Steele said. “Attack the king, get rid of their queen, different things to kinda grab different pieces and I mean you do the same thing in at-bats as far as being a pitcher.

“Different hitters have different ways of getting outs and you just kinda try to exploit their weaknesses and sometimes it’s just better to stick to your strengths to counterbalance what they wanna do.”