Trey Mancini doesn’t have a lot of familiarity with his new Cubs teammates but he remembers his first Wrigley Field experience vividly.

The Cubs inked Mancini to a 2-year deal last week and the DH/first baseman/outfielder was introduced to the media Monday afternoon.

Mancini, who turns 31 in March, had spent his entire career with the Baltimore Orioles until the middle of last season when he was traded to the Houston Astros (where he won a World Series). As such, he has never shared a locker room with any member of this Cubs team, expect for Michael Rucker in Spring Training 2020 when the Orioles had claimed the right-handed reliever in the Rule 5 Draft before returning him to the Cubs that March.

Mancini also didn’t make his debut at Wrigley Field until last summer but he has attended games there as a fan, including his first time in the summer of 2004.

“One of my best friends growing up was a diehard Cubs fan and we went to a couple games that summer,” Mancini said. “I remember wearing a Matt Clement goatee to one of the games — they gave it to everybody in the stadium back then. I have a picture of me with that big goatee on my chin.” 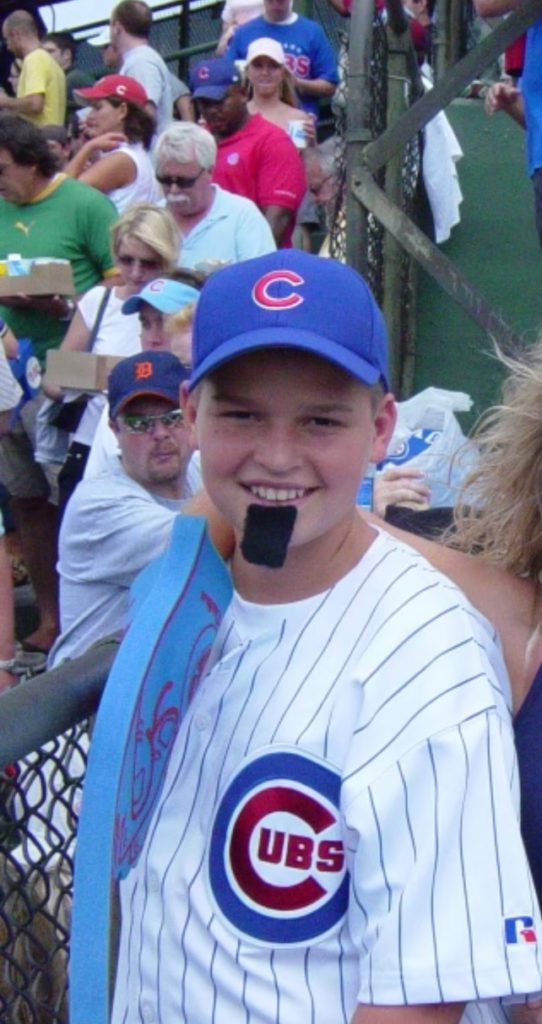 Clement was a big part of the Cubs rotation from 2002-04 and on top of his solid performance (3.80 ERA), he was known for his epic goatee.

Mancini was 12 in the summer of 2004 and the aura of Wrigley has stuck with him to this day.

“The place was magical,” Mancini said. “I remember that as a kid. It’s hard to replicate that feeling. When I was in the AL, I’d always say Fenway has a certain feel about it and I would say the same thing about Wrigley.
“I finally was able to get to play there this past June. Just incredible. What a great place. So excited that it’s my home park now.”