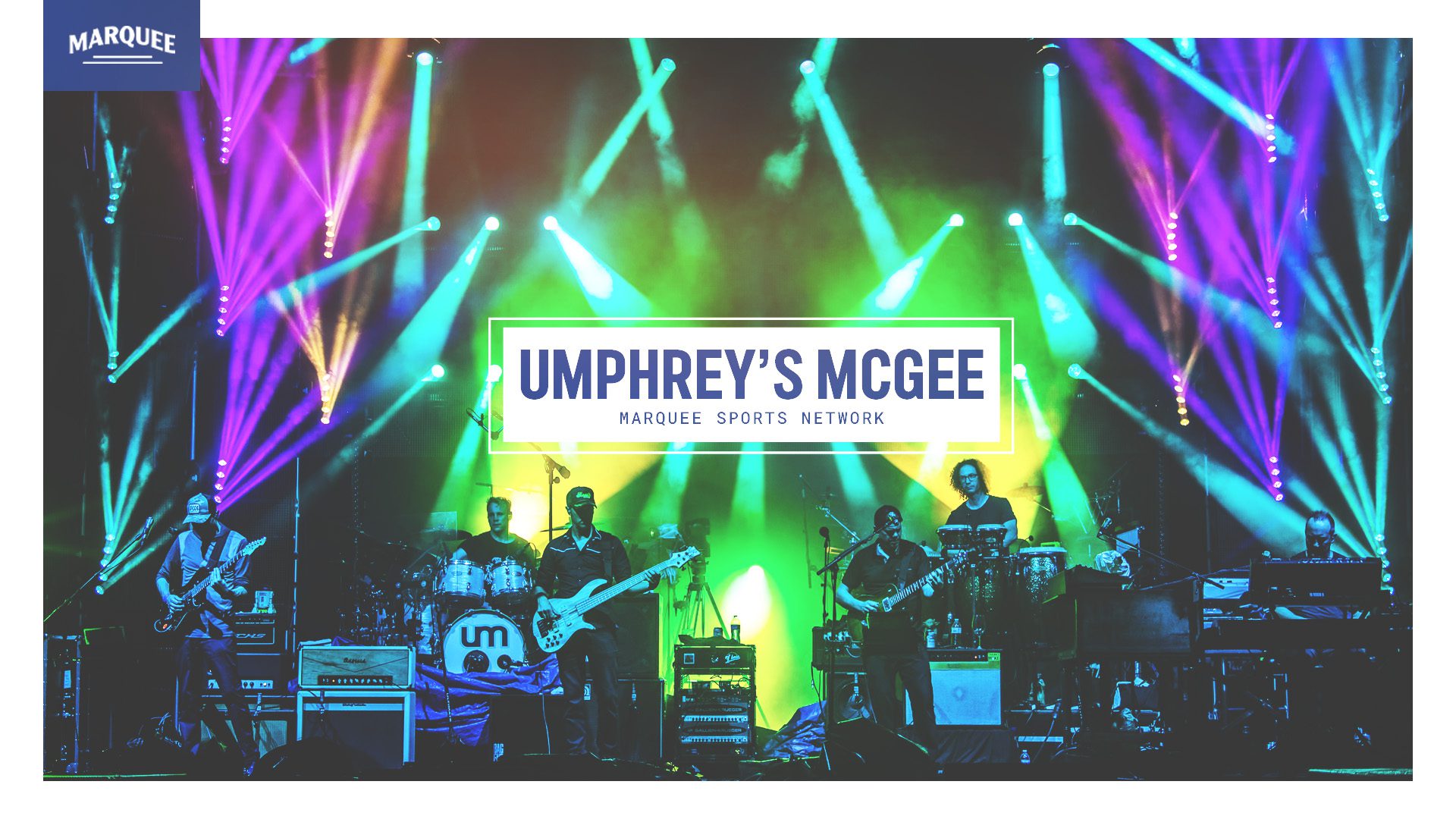 August 25 concert at the Vic Theatre to stream live on Marquee Plus; will air tape-delayed August 26 on Marquee Sports Network

“We’ve done a lot of collaborative things with Umphrey’s McGee, including them writing original music for us, and providing live music for our pregame shows on Gallagher Way,” said Marquee Sports Network General Manager, Mike McCarthy. “We’re excited to bring the relationship to another level with a live performance from such an exciting venue like the Vic. Each of us at Marquee can now finally say, ‘I’m with the band.’”

“The last time Umphrey’s played the Vic was in 2009 for an album release party,” said Umphrey’s McGee Manager, Kevin Browning. “We are elated to return and look forward to sharing the experience with fans, whether in person or from the comfort of their couch. With our pals at Marquee joining in the fun, expect UM to bring the heat and put up a crooked number.”

ABOUT UMPHREY’S MCGEE: Born at Notre Dame, IN, raised in Chicago, IL, the international touring powerhouse that is Umphrey’s McGee has logged over 2200 shows, 15 studio albums, and 250 million+ tracks streamed in their 23 year career. You-had-to-be-there moments include the band’s performance at the first-ever Bonnaroo and selling more CDs (remember those?) than any other act on the bill. A leader in the live music world, Umphrey’s McGee became the first group to launch its own single-artist streaming service with UMLive.net, which houses recordings of every gig since 2005. With a relentlessly innovative approach, UM is consistently engaging fans with interactive events, unique experiences, and forever changing live shows that continue to evolve. For more information, visit www.umphreys.com.