Never content, Tommy Nance is focused on the next chapter of his feel-good story with Cubs 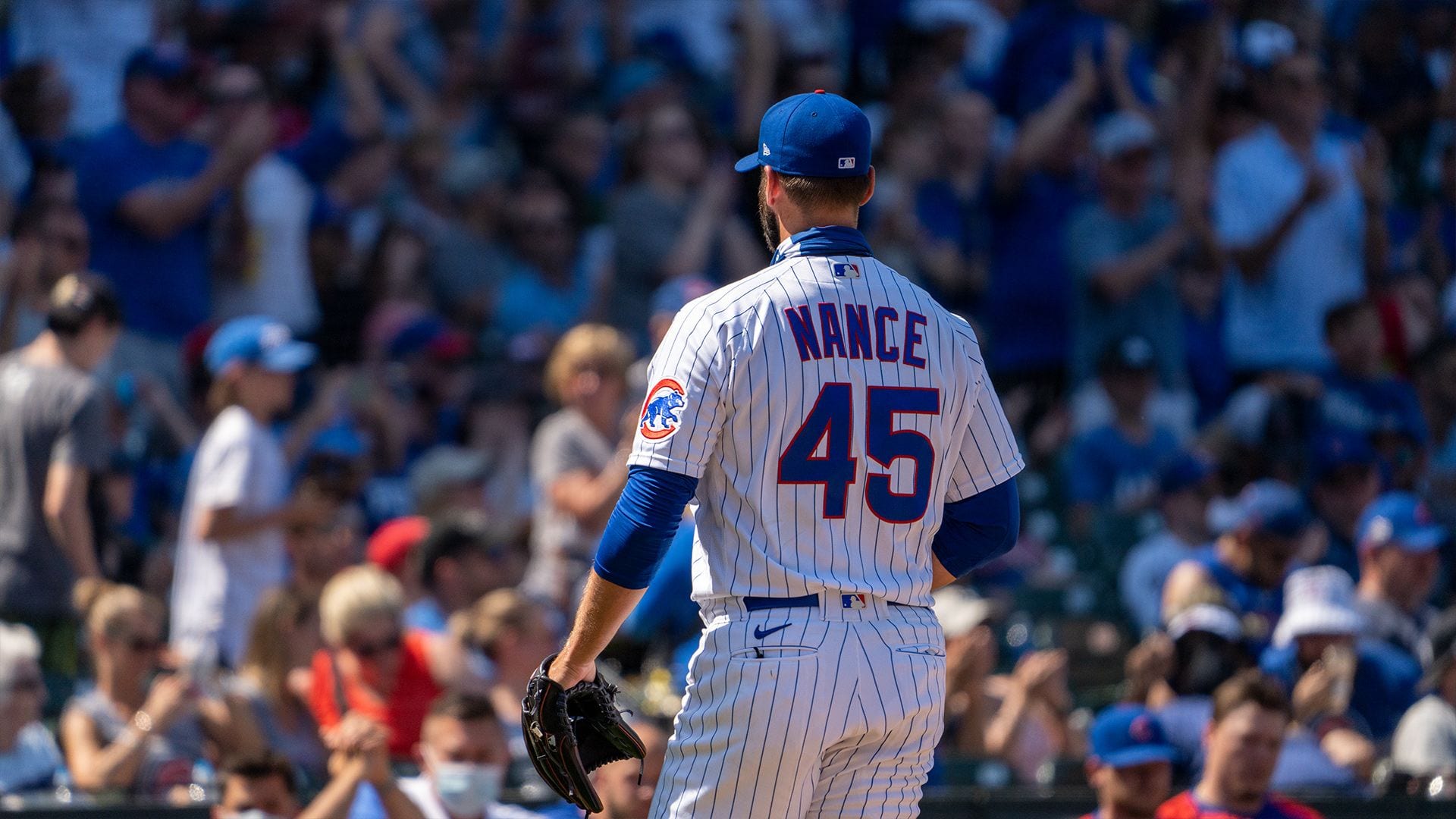 Tommy Nance has learned so much in his first month in the big leagues, it’s hard to fit everything into one story — or even one conversation.

The rookie reliever is one of the best stories in baseball this season — a 30-year-old who refused to give up on his dream and kept grinding through the Independent League and the minors until he finally earned an opportunity in the big leagues.

It’s the kind of journey people gravitate towards.

But Nance is more than simply a great underdog story. Since he was promoted to the majors on May 16, he has been a big part of a Cubs bullpen that has emerged as the strength of this team.

Nance didn’t give up his first run in the big leagues until last week in New York, turning in the second-longest scoreless streak to begin a career in franchise history (11.1 innings). He’s had some trouble with walks (8 in 15 innings) but has only permitted 5 hits.

He also provides a valuable element in the Cubs bullpen — especially amid the team’s current injury luck — with the ability to go multiple innings. Nance needed only 16 pitches to complete 2 perfect innings Wednesday in New York and also threw 2 innings on June 11 against the Cardinals to pick up his first MLB win.

Much of his success stems from his mindset and an innate confidence. Part of the reason Nance never gave up on his dream was because he always felt like he was good enough to pitch in the big leagues.

That realization set in officially when he made his debut against the Nationals at Wrigley Field on May 17.

“It was right when my cleat hit the rubber in the debut,” Nance said. “I was jogging out, trying to take in every emotion because you only debut one time. Take it all in, embrace it and then I got to the mound, my foot hits the rubber, I don’t really hear the crowd — it’s there but it’s white noise.”

In the month since that moment, Nance has proven he has staying power and learned a lot about how to succeed in an environment that was completely foreign to him.

In the minors, the focus was more on development so Nance typically had plenty of time to warm up before outings and rarely made appearances on back-to-back days. In Chicago, it’s all about winning and he has to be ready whenever David Ross calls his number.

That has been an adjustment in terms of managing his throws and workload. Nance always felt like he needed a bunch of pitches to warm up but one day early in his Cubs tenure, he only had time for 5 or 6 pitches in the bullpen and went out and tossed a scoreless inning.

From that experience, he realized — with the help of veteran teammates like Ryan Tepera — that warming up in the bullpen is as much about getting the body moving than getting the arm ready.

It’s all a part of the adjustment period for Nance.

“In terms of being up here, it’s been surreal even up ‘til now,” Nance said. “I’m settling more and more in as the days go by. I don’t want to say I’m getting comfortable because that’s not what I mean. I’ll never be content until I retire. I’m always trying to figure out a way to do something more.

Tepera is only 3 years older than Nance but he has appeared in 269 games throughout his career and helped take the 30-year-old rookie under his wing.

“I’ve talked to him about routines and mindset and just your everyday schedule,” Tepera said. “It helps that he got off to a really good start. That ultimately builds confidence right there. You get on that roll to start off your major league career and you can be more successful.”

Ross has done a lot to help Nance’s confidence by throwing the rookie into the fire immediately.

Nance’s debut wasn’t a save situation but it was still the 9th inning of a 7-3 ballgame against a team that won the World Series two seasons ago (Nationals). He earned a hold in 4 of his first 8 appearances as Ross utilized him in high-leverage situations right away.

“I’m glad that’s the way it worked,” Nance said. “Like, just throw me into the fire. That’s how it was when I got signed. I was 25, signed in ’16 and basically what everyone told me was it’s either gonna work or it’s not. Like, ‘you’re old for your first time getting into affiliate ball.’

“In that sense, it’s ‘throw you into the fire. And if you handle it, we’ll keep you in pro ball. If not, we’ll probably release you and go back to Indy ball.’ I always knew that was going to be the case. I kinda like it like that.

“I’m really thankful for the opportunity and [Ross] putting the trust in me. It means a lot. It means I’m able to contribute in a more meaningful way to the team, too — which is even more important.”

Nance has made a career out of defying the odds and proving people wrong.

“It’s funny and kind of an insult in a way – a 30-year-old rookie, what took him so long to get here?” Nance said. “All that negativity and people counting me out throughout the years has only lit the fire a little bit more under me. I’m using it as fuel.”

Ron Villone has seen Nance’s journey firsthand over the last few years. He is currently the Triple-A Iowa pitching coach but has also served in other positions throughout the Cubs farm system while Nance was charting his course to Chicago.

“The stuff was always there,” Villone said. “Fine-tuning it, fine-tuning the body, his mind is probably past a lot of people’s in a sense. He’s always believed in himself — he had to get people to believe in him. I knew that from Day 1, talking to him, understanding where he came from. He let me in on it early, so maybe that’s the advantage I had.

“For me, it’s like, ‘hey, if you want to do this, you know it’s gonna take time.’ And he’s like, ‘I got every day to give everything I’ve got.’ Seeing the fruits of his labor is awesome but he’s got a lot to do. He’s still got a lot to prove. You can ask him that and he’ll tell you that.”

Nance has never been afraid of failing and instead thrives off adversity, using it as an opportunity to learn and grow.

He started out his college career as a walk-on at Long Beach State University, where he heard Ken Ravizza speak to the team about training your mind and focusing on positive thoughts instead of negative. Ravizza spent several years as a mental skills consultant with the Cubs until he passed away in 2018.

When Nance signed with the Cubs, the organization preached meditation and he continued to hone his mental skills by reading more on battling adversity. He also has a unique perspective away from the field as his dad battles ALS.

Nance credits his mindset as a catalyst for reaching the big leagues and refuses to become complacent no matter how much success he has.

“If I just keep focusing on the present moment, the stuff in the future will take care of itself,” Nance said. “But I have to have a good plan. It’s not just going to take care of itself because I’m here and playing. I gotta have a plan.

“I want to keep building off what I’ve done so far. There are things that I’m still constantly working on. The one thing at this level is learning how to pitch with what I have in the battle against each hitter. How do I find holes in this guy’s at-bat? The game within the game. Constantly learning that instead of just going out and throwing.”

If Nance can continue to make those adjustments, it could pay huge dividends for the Cubs as the season wears on and Ross leans heavily on the bullpen.