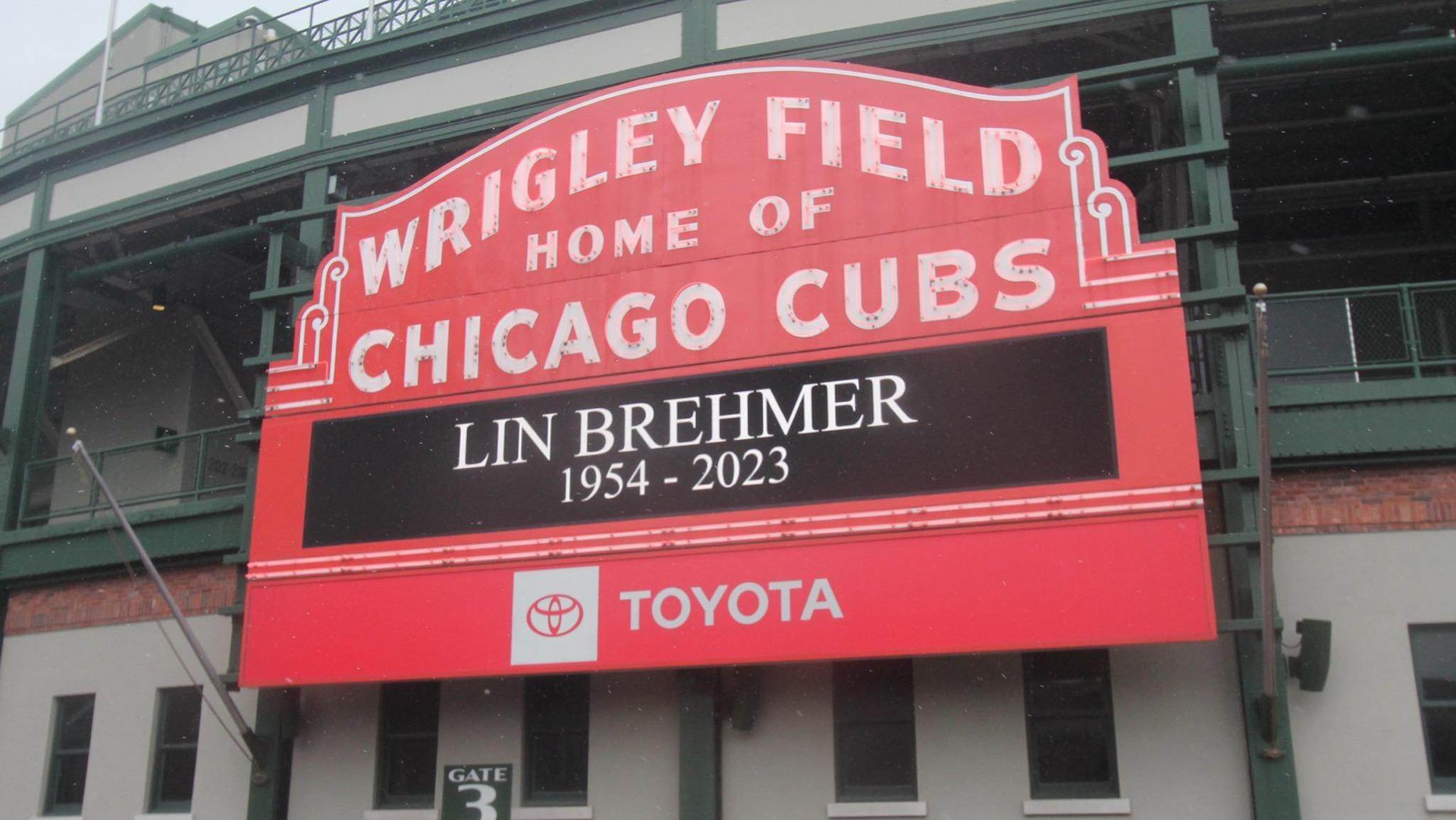 Chicago radio host Lin Brehmer passed away Sunday morning at the age of 68 after a battle with cancer.

Brehmer was a legendary radio host at WXRT (93.1) for more than 30 years, working mostly as a morning DJ. He took time off from the station last summer to undergo treatment for prostate cancer.

“It is with a heavy heart that we must inform you that we all lost our best friend,” colleague Terri Hemmert wrote on the WXRT website Sunday morning. “Lin Brehmer fought cancer as long as he could. He passed early this morning, peacefully, with his wife and son by his side.

“[Monday] at 10 a.m., his XRT family will celebrate the incredible life of our best friend in the whole world. We’ll hold each other up through this heart-breaking time. Lin would want that. Take nothing for granted.”

Brehmer always had an affinity for the Cubs, including a touching essay on Opening Day in 2019 for WGN:

Our conversations ranged from blues legend John Mayall to Cubs utility second baseman Nate (Pee Wee) Oliver. Lin Brehmer was a friend and source of musical joy for thousands who listened to his classic radio broadcasts on WXRT for decades.

Passing away after a long bout with cancer on Sunday, Lin’s legacy of telling us about the history of music and its people while playing their music will live on as long as his loyal listeners do.

Lin’s knowledge of the music industry and broadcasts about the performers – from early blues of artists like Lead Belly and Robert Johnson through the hip hop era – was unparalleled. From 1991 through last summer, Lin brought his unique radio style and personality to his listening audience, who became more friends than listeners for over three decades of his fantastically joyful broadcasts. The content was chock full of clever stories, information about the industry and Chicago-related fun.

Leaving New York in 1984, Lin became the music director of WXRT – ironically during the month of October when the Chicago Cubs made their first run at a World Series in 39 years. Lin’s connection to the Cubs baseball scene began right there. The duality of the blues and Cubs fans’ patience made a strong impression with Lin as he grew his Chicago roots.

Although not a Chicago native, over the past 38 years, Lin would become embedded in the Chicagoland music and sports scene like few others ever have. With a sense of pathos and humility, with a finger on the pulse of our city, Lin made fun of himself in a truly joyful way.

As a baseball fan, while encouraging others who had tried to shed the Lovable Loser tag of the team and fan base, he would take joy from little victories the Cubs would have on a daily basis. Lin embraced the winning and losing as a huge part of the human condition and its struggles to find positive things in life to draw from.

Doing tributes to the great Cub players of the past era was a specialty for Lin. He famously did a YouTube video tribute to’ Mr Cub’ Ernie Banks, after the Cubs all time great passed away 8 years ago on Monday. His connection with the team, front office and broadcast partners was strong. Many Cubs guests made their way onto Lin’s shows throughout the years.

Lin and I were radio buddies but mostly, like all of his listeners, the friendship was forged by his radio show and the way he passionately presented himself and the music he loved to his loyal fans.

Lin said he had attended over 1,000 concerts in his lifetime. He told Rick Kogan of the Tribune his personal favorite concert was seeing the Rolling Stones at a small gathering at the Double Door in 1997.

We did have a memorable conversation about the 2003 Cubs. Lin said that the anticipation of being on the cusp of going to the World Series for the first time in 95 years with a 3-2 advantage over the Marlins was the ultimate kiss of death for the team who lost in seven games. He told me on my radio show that navigating the tough losses were what made the people of Chicago stronger in spirit than the majority of fans throughout the country.

Lin was kind, funny, irreverent and every bit a Chicago icon as the Cubs players he enjoyed watching and getting to know the last four decades.

Why do we love music, sports and its catheritic impact on us so much? Lin, right now I am looking at you!