As Jason McLeod prepares to leave Cubs, his legacy will carry on in Chicago 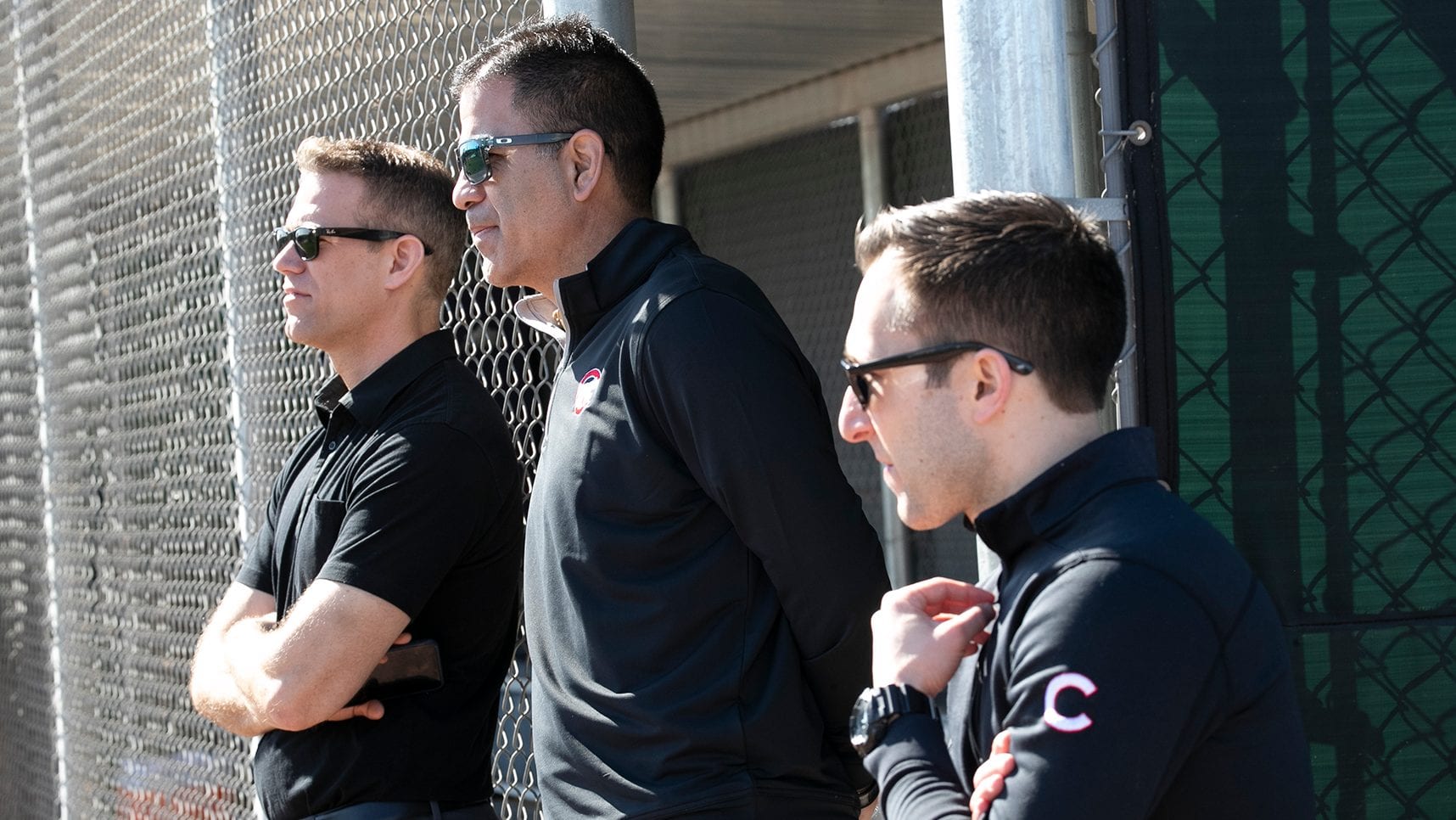 The legacy of former Cubs VP of scouting and player development Jason McLeod will likely look much different as time moves on and the history of his 10 years as an executive is put into proper perspective.

Leaving the organization now is obviously the right move for both the Chicago Cubs and McLeod, who declined to stay in a different role in the organization. After 8 years as the top minor league and scouting guru, McLeod was moved to be the director of player personnel in 2020 and 2021.

“It’s been a great privilege to work for Tom Ricketts and his family,” Mcleod told Marquee Sports Network. “The support and autonomy he provides leadership is unmatched, in my experience.”

Now with a new general manager in place and other moves being made in the front office, it’s the perfect time for Mcleod to explore new frontiers.

“What I am most proud of is being a part of the group that changed the narrative around this franchise,” McLeod said in preparing to leave the franchise at the end of the month. “We had the most successful run in the history of the Cubs that stemmed from all levels of the organization. The most important part was the players we acquired. We hired the best staff and built a tremendous culture that resulted in winning a World Series championship and multiple playoff appearances.”

The 48-year-old Hawaiian native has the distinction of being the scouting director and minor league boss for two iconic baseball franchises that won the World Series with him as a top executive. During his time as the Boston Red Sox scouting director and scout (2003-09), the franchise drafted some of the top players in the game. Dustin Pedroia was the 2007 Rookie of the Year and 2008 American Most Valuable Player. Fast forward to the Cubs with Kris Bryant becoming the 2015 NL Rookie of the Year and 2016 NL MVP. Nothing says player scouting and developing more than these two examples.

The comparison gives you some insight into how McLeod worked effectively in the shadow of both Theo Epstein and Jed Hoyer, supplying top players between his time in Boston and then moving to Chicago. McLeod was also the top scouting and player development executive for Hoyer (the Padres GM) in San Diego from December 2009 until coming to Chicago in October 2011.

The major complaint during his Cub tenure has been the dearth of pitching talent making its way to the major league roster. The criticism is both fair and warranted, yet explainable in some ways. The Cubs decided early in developing the drafting process to go after position players in the amateur draft. This was an Epstein/Hoyer decision as much or more than McLeod. The plan included bringing in free agent starting pitching.

It should be pointed out this was not a mistake but a plan of attack. The Cubs’ No. 1 draft picks from 2012-2015 were all position players that made it to the major league team (Albert Almora, Kris Bryant, Kyle Schwarber, Ian Happ). All four were instrumental in contributing to the playoff run that had the Cubs in the postseason in five of six seasons from 2015-20.

Once the team started to prosper, they began picking players later in the draft. Other than a few exceptions — and until the 2021 season — progress for pitchers matriculating in the organization was bleak. Some of that was due to losing player inventory and possibly a disconnect in pitching development plan.

The Cubs also lost some of their early draft picks in compensation for signing some of the top free agents on the market.

“The 2016 draft and not picking until the end of the 3rd round was difficult for us due to our signings of (free agents) Dexter Fowler and Jason Heyward. It certainly cut deeply into our potential talent pool,” McLeod said. “Combine that with trading [Gleyber] Torres, [Eloy] Jiménez, [Jeimer] Candelario, [Isaac] Paredes and [Dylan] Cease.”

This season, pitchers Justin Steele, Keegan Thompson and Adbert Alzolay gave strong performances out of the bullpen and rotation as they were shuffled between the two areas during the season.

“I can’t say for sure,” McLeod countered to the question about his legacy when it comes to developing pitching. “It’s been well discussed and understandably so. Pitching is hard to develop, especially when you are trying to push for postseason contention on a yearly basis. Most rotations are built via trades and free agency. That said, I do have high hopes for the current group of arms in the minor leagues.”

McLeod explained to me how players that were traded to supply fortification to the playoff runs from 2015 through 2020 were a part of the development philosophy that top brass talked about.

“We knew from the past that when we signed and developed players like Eloy Jimenez, Dylan Cease and Gleyber Torres, we had duplications in the system that made trading them in important deals (for Aroldis Chapman and José Quintana) part of the process,” McLeod said “We had young players and veteran pitchers helping us win at that moment. Did we know they were potentially impact players? We most certainly did. That was a credit to our international and stateside scouts and development people. We always knew that good farm system players may be dealt in order to win the World Series.”

McLeod, a very personable man but tough self-evaluator, was asked if he would have done anything differently during his Cub tenure.

“Yes,” he laughed. “I would have drafted and developed some front-line starting pitching. I have worked with Jed Hoyer for 18 years, seeing him evolve and develop as an executive has been a great professional and personal experience. With his intelligence, creativity and vision, the Cubs are in great hands going forward.”