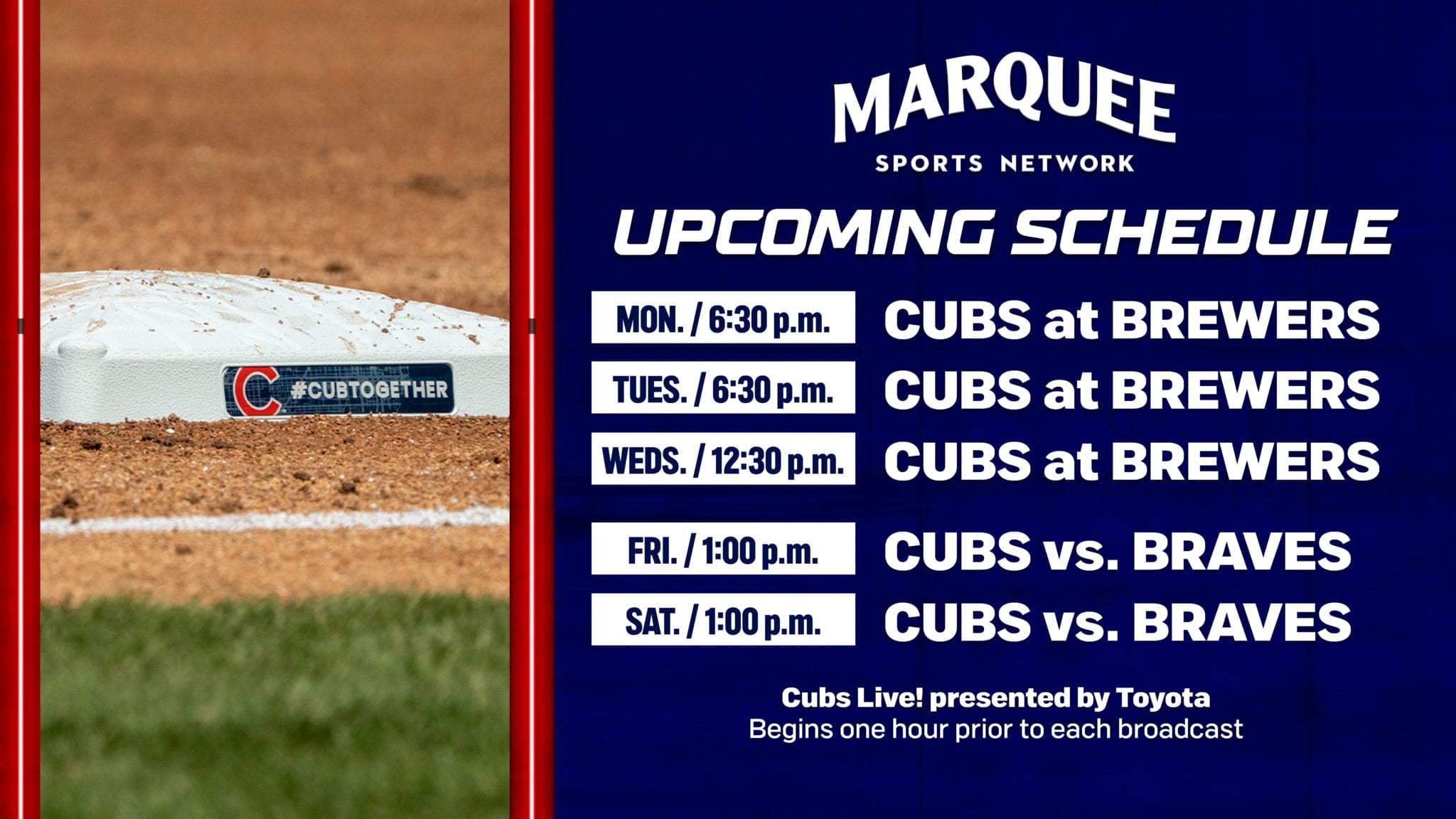 Tune in one hour before each game on Marquee Sports Network as Cole Wright leads Cubs Live! presented by Toyota, featuring insight and analysis from Marquee’s team of on-air talent.

We are now streaming on @fuboTV!

Taylor McGregor caught up with Richard Williams, the father of Trevor Williams, during the Marquee broadcast last Monday evening. A Chicago native, Richard was an usher at Wrigley Field growing up and described it as a dream come true to see his son pitch for the Cubs.

Cole Wright and Ryan Sweeney broke down the controversial “bona fide” slide ruling on yesterday’s Cubs Postgame Live! presented by Blue Cross Blue Shield of Illinois. For the full explanation and video of the play, watch the full segment below.

Airing on Thursday at 7 p.m. is the 1990 MLB All-Star Game from Wrigley Field, the last time the All-Star game was held at the Friendly Confines.

Airing every Sunday at 10:30 a.m. is Let’s Play Two presented by DraftKings, a weekly recap of all things Cubs, including the best moments from on and off the field.

Catch live tennis from the Rolex Monte-Carlo Masters on Marquee Sports Network each morning this week (except Wednesday) from 8 am-12 p.m. The field is headlined by Rafael Nadal and Novak Djokovic. For more information, visit ATP Tour.

SHOW ME THE MONEY

Marquee Sports Network has reached an agreement to carry the Emmy Award-winning TV show Forbes SportsMoney, a monthly program covering the increasingly intriguing and complex business of sports. Forbes SportsMoney is produced in partnership with Forbes Magazine and the YES Network. Catch the show this Thursday, April 15, at 3:30 p.m.

The Cubs bullpen has shined in the early season, featuring a return to dominance from Craig Kimbrel and a bulldog mentality from lefty Andrew Chafin … Alec Mills is ready for any role, including saving games … follow @watchmarquee on social media for exclusive Cubs content and programming announcements.