Seize the moment: Sky reflect on bittersweet ending to 2022 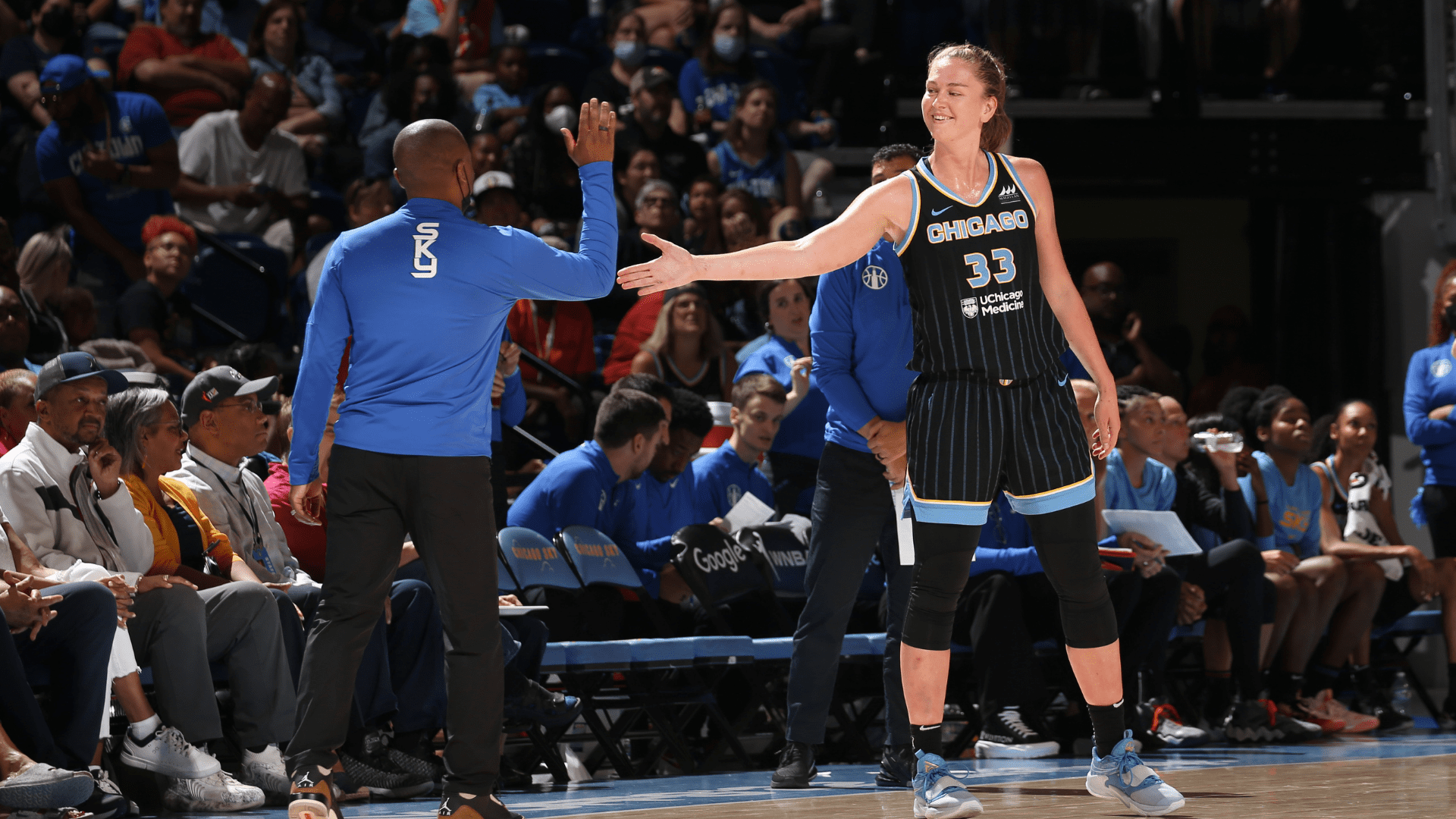 As the WNBA season comes to a close, the Chicago Sky’s ‘beautiful basketball’ brought a litany of accomplishments throughout the 2022 season.

Setting a franchise record for wins, multiple WNBA records and a deep playoff run are what the Sky accomplished on paper, but it also brought this team to a new level of connection and chemistry that wasn’t anticipated back in May.

“This was a special, special group and one of the best that I think to ever play for the Sky,” Courtney Vandersloot said in her exit interview. “Winning the most games in history doesn’t even tell the whole story.

“This is a really special year for us to all commit and come back after we made a historical run last year, and to just try and run it back together. This one has a special, special place in my heart.”

In the offseason, Vandersloot and Allie Quigley signed one-year contracts to return to the Sky for the 2022 season. Head coach and general manager James Wade went to work in the offseason to add some new pieces, including Emma Meesseman, who knew they were building a championship team.

“The beautiful basketball with this team was pretty good,” Meesseman said with a proud smile. “I’m just sad we can’t show more of it in the next few days, because it’s there. My big takeaway was competitiveness and greatness.

“We had the short players taking rebounds. We had the big players taking and giving assists. We were very versatile as a team. We built a championship team, so we just have to be consistent and we were not [in Game 5] unfortunately.”

The loss in the Semi-Finals struck the team hard and was highly unexpected by many. The team left the court quickly and when Vandersloot & Quigley entered the media room, the pain was visible on their faces.

This was a season with high hopes from fans and Sky players themselves. The story was written for a repeat; the pieces were in place. The fire and hunger for back-to-back championships was there. It unified them, and it showed throughout the entire regular season.

The Sky put up the best regular season performance in franchise history, setting a new record with 26 wins. They also led the league in winning percentage (.722), field goal percentage (48.1) and assists (24.3).

But it wasn’t just in their statistical accomplishments.

The fire and chemistry showed when Kahleah Copper and Candace Parker bumped chests after an and-1 bucket in transition. It showed when Vandersloot cashed a buzzer-beating, game-winning three against Minnesota, leading the Sky bench to mob the flexing point guard. Fans heard it when Azurá Stevens waved her arms for Wintrust Arena to get even louder.

This season presented a rare opportunity, and the team knew it.

“When you have an opportunity to do something special, you just got to take advantage of it,” Copper said. “Stay in the moment, and really just seize the opportunity when you have it, because it’s coming as fast as it’s going.”

While the Sky aren’t happy with the ending, they take pride in what this season taught them.