With hope of a bright future, Ryan Poles ponders next step for Bears 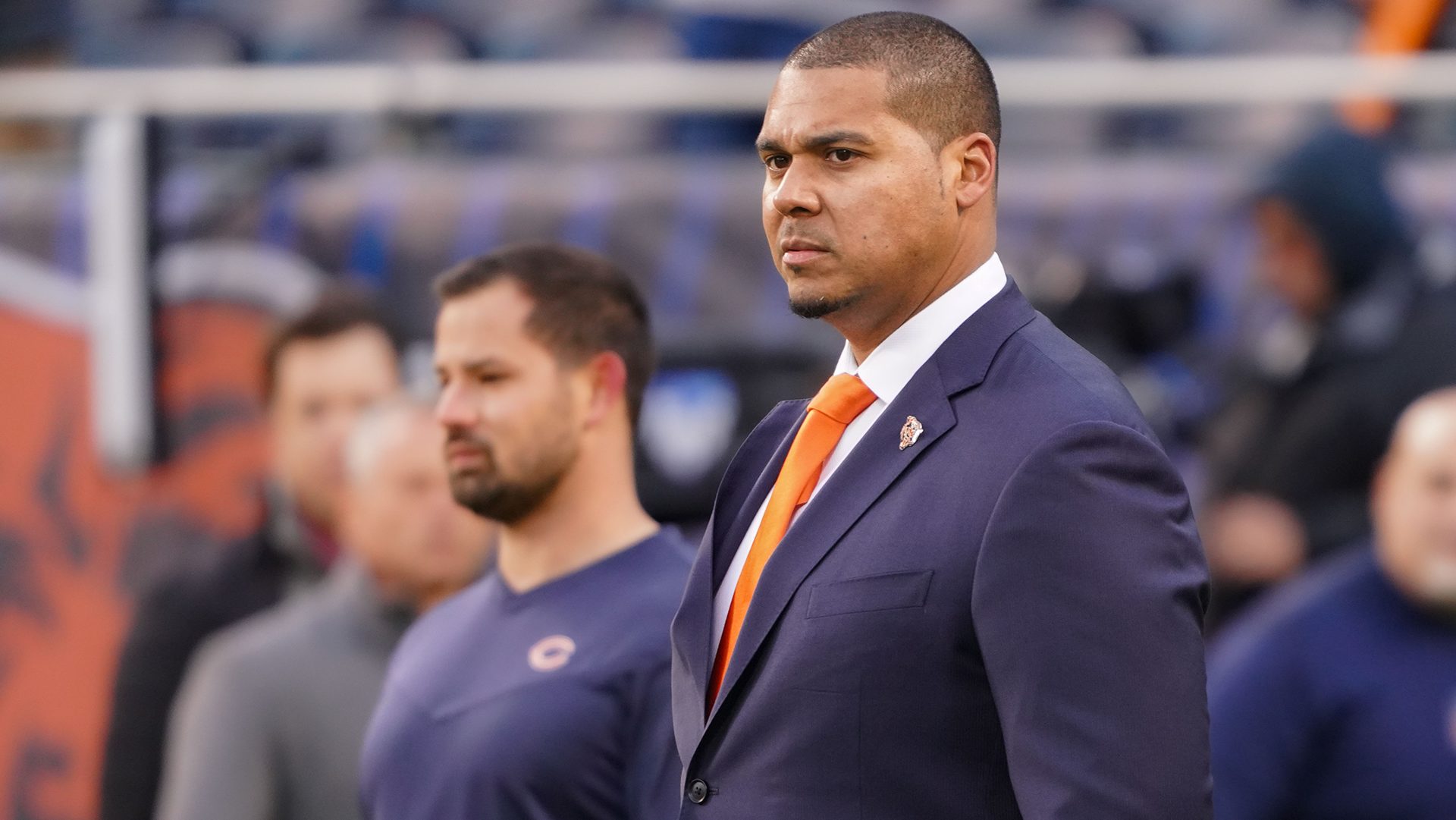 LAKE FOREST, Ill. — As the Bears laid out their blueprint for the future and embarked on a delicate rebuilding plan, general manager Ryan Poles went around the room to the team’s front office and coaching staffs and handed out small navy blue blocks.

It was meant as a symbol for where the Bears were beginning in 2022 — and a representation of the work ahead of them. Poles carried his block down from the second-floor front office at Halas Hall to the media room while expressing hope in this franchise’s future.

“I knew how important it was to build a foundation that was rock solid,” Poles said Tuesday morning. “It wasn’t on something shaky that would fracture. And everybody bought into that.

“I know that we’re in a healthier situation now than we were before, and we’re excited about where we’re going.”

The Bears concluded their first season led by Poles and head coach Matt Eberflus with a 3-14 record, finishing on a franchise-record 10-game losing streak and landing the No. 1 overall pick in April’s NFL Draft. In a results-oriented business like the NFL, these marks seem simply unacceptable. But Poles and the Bears have looked to their singular building blocks with reminders of what they are hoping to construct for Chicago.

Late last January, Poles was targeted by the Bears as their new general manager because of the belief that he could overhaul the inherited roster, make difficult decisions with the future in mind and set a foundation for sustained success. Poles, then 36, was also a leading candidate for the Vikings’ general manager position but saw a greater opportunity in Chicago because he was receiving the chance to start anew.

Poles didn’t reveal his plan when introduced by the Bears in the George “Mugs” Halas Auditorium late last January, but he knew a rebuild was the only way forward.

“I know that this team has got a long way to go,” Poles reiterated on Tuesday. “Coming in, that was an understanding that there is a long way to go. Losing, it hurts. You always expect to win more than three games.

“It hurts. It hurts to be in that position. Obviously, the opportunities and the things that will come from that, I hope that it helps us.”

The Bears enter this offseason with a roster needing significant improvements across the board — from impact starters to depth players. Poles must work carefully through the risks of free agency while understanding that flexibility could quickly diminish. But the Bears have the best position of any team in the NFL this offseason, with more than $118 million in projected salary cap space and eight selections in the draft.

There’s no stronger token available this offseason than what the Bears possess with the No. 1 overall pick. They sit atop a draft loaded with talented quarterbacks, with Poles prepared to evaluate every option with the top selection and open his phone lines for a potential trade down.

Poles holds all the leverage against a franchise desperate for a prized quarterback prospect like Bryce Young (Alabama), C.J. Stroud (Ohio State), Will Levis (Kentucky) or Anthony Richardson (Florida). Teams like the Texans, Colts, Panthers and Saints can look to the Bears for the chance to select the top arm available. It’s because Poles believes in what 23-year-old Justin Fields means as a potential franchise quarterback.

While the Bears will explore every prospect at the top of the draft — including the quarterbacks — Poles said he would need to be “absolutely blown away” to consider replacing Fields with a prospect like Young or Stroud.

Fields went into this offseason confident in his place for the Bears’ future, recognizing he is a centerpiece for what Poles is building. The No. 11 overall pick in the 2021 NFL Draft, Fields has taken ownership of this franchise.

“I feel like it’s already mine,” Fields said Monday. “The guys in here, they know how hard I work, they know what I want to accomplish and just my mindset overall. Really, just trying to get guys on the same page, that mindset, that culture, to where no matter what we go through, nothing can faze us.

“Whatever (Poles) is going to do, I fully trust him. His goal is to make the best team he can for us. I know he’s going to do a great job of that. We’re going to get better and work in the offseason.”

As Poles returned to his home late Sunday following the Bears’ 29-13 loss to the Vikings in the season finale, a friend from the neighborhood yelled out in his direction and offered congratulations for landing the No. 1 pick.

Poles had an uneasy smile on his face in reflecting on how the Bears found themselves at the top of the draft. It’s a place he can come to appreciate these weeks and months leading up to a decision with that selection, but this is not a prize to covet ever again. Poles was already meeting with players inside the home locker room at Soldier Field as the Texans converted a late-game comeback to beat the Colts and open the top selection for the Bears. He wasn’t interested in watching this unlikely scenario unfold.

This was a difficult but necessary process that Poles and the Bears navigated in 2022, one that offers the franchise hopes of a bright future. The goal is not simply to form a winning team — but rather, to construct a franchise that sustains success.

That is what Poles believed he could do in laying out those building blocks for the Bears, and he sees it so clearly now.

“I want to stair-step this thing to the top,” Poles said. “And then stay up there as absolutely long as possible.”