Braves get to Kyle Hendricks early in series finale 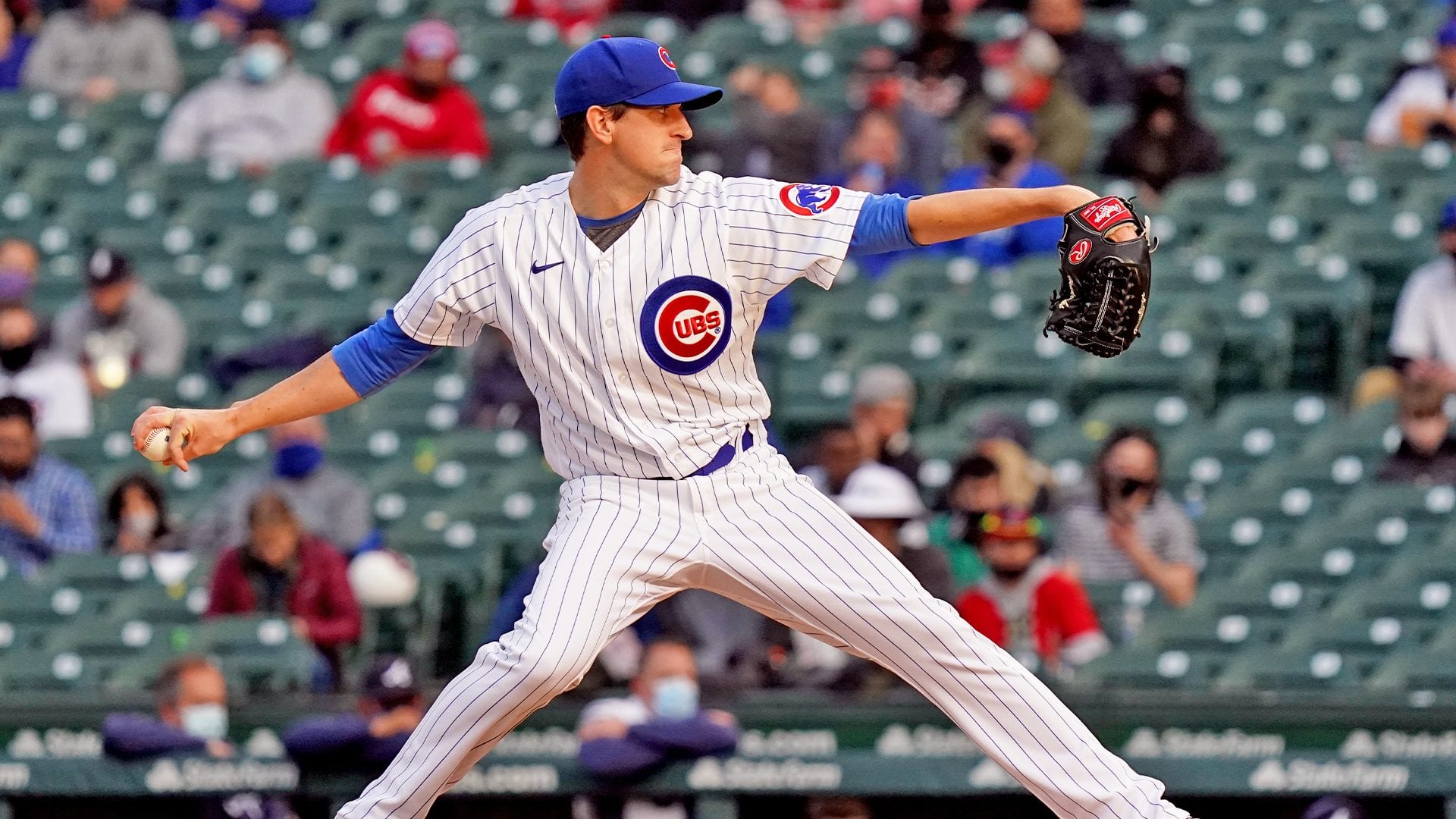 It was a historically uncharacteristic night for Kyle Hendricks.

Hendricks became the first Cubs pitcher — and the ninth in MLB history — to allow 4 home runs in the 1st inning on Sunday night. It put the offense in a hole it couldn’t dig itself out of, no matter how hot the Cubs’ bats were as the Braves took the series finale at Wrigley Field 13-4.

“You just try and learn from it, feel what’s going on, but then forget about it and move on to the next pitch,” Hendricks said. “That was the focus, that’s where Willy and I were at. I just made a lot of bad pitches there, a lot of flat pitches over the middle of the plate.”

After retiring Ronald Acuña Jr. to start the game, Freddie Freeman turned on an inside fastball and drove it out of Wrigley Field to get the home run fest for the Braves going. Hendricks walked Marcell Ozuna and then Travis d’Arnaud laced a 2-run shot to make it 3-0. Ehire Adrianza added a solo home run and two batters later, Guillermo Heredia hit a 2-run shot of his own and staked the Braves to a 6-0 lead.

“He takes the mound you feel like you’re gonna be able to settle in and let the game kinda come to you and it just wasn’t his night tonight, couldn’t find it,” David Ross said. “I think we trust Kyle and have confidence in Kyle when he takes the mound for sure.”

Hendricks settled down a bit after the tough 1st inning, pitching a scoreless 2nd and 3rd inning. In the 4th, Hendricks walked Acuña and Freeman to start the inning and Acuña scored on a sacrifice fly by d’Arnaud.

“I felt like just too many day’s off, it was nice to send him back out there without having pitched in so long, let him get some work, not pulling him after that 1st inning, letting him find that rhythm, let him work through some things and he did and settled in nicely,” Ross said. “I think that’s definitely a positive that we can take from tonight.”

That marked the end of the night for Hendricks, who allowed 7 earned runs on 7 hits and 3 walks and struck out 2.

Across the last two games, the Cubs offense has shown signs of returning to form.

The team has combined for 24 hits, 14 extra-base hits and 17 runs. After falling behind 6-0 to the Braves Sunday night, the Cubs bats were able to mount a bit of a 2-out rally in the bottom half of the inning, with Anthony Rizzo hitting the first of his 2 home runs in the game and Kris Bryant scoring later in the inning.

“It was nice to see them get going,” Ross said. “We’ve had some times where we’ve pitched pretty well and the offense hadn’t got going and tonight was kind of the opposite of that. We’ll sync these two sides up together and it’s nice to have good back-to-back offensive days. These guys put in a lot of work and it seems to be paying off.”

Rizzo’s 2 home run game was capped a strong series for him. The lefty was 6-for-11 with 2 home runs, a triple, 4 runs, 2 RBI and 2 walks against Braves pitching.

“It’s just constant adjustments and tinkering with things and just trying to get myself in the right position,” Rizzo said. “There’s days in the last 4 or 5 days where I’ve felt terrible and I’ve got some hits and days where I felt good and didn’t get hits. It’s just staying with that routine, that process and know it’ll come. “

One thing Ross said he learned in his first season as a big-league manager was patience — or when to not be.

Prior to the season, Ross admitted there were times in 2020 when he was a little too persistent and was slow to making lineup adjustments. But that was in a 60-game season, where everything was a little more rushed. In 2021, Ross is sticking with his lineup through the early ebbs and flows of the season.

“There’s always that time where you may have to tinker with things, but I don’t know that two weeks in is quite the time yet for me at least,” Ross said. “I think it’s a value. I think players appreciate that normalcy, but I know our group will also adjust on the fly if we need to. I would be ahead of that and communicate that to these guys if that’s forthcoming.”

Tony Wolters, who the Cubs signed prior to the season to backup Willson Contreras when Austin Romine began the season on the injured list, cleared waivers Sunday and was assigned to the Cubs alternate site in South Bend, Ind.