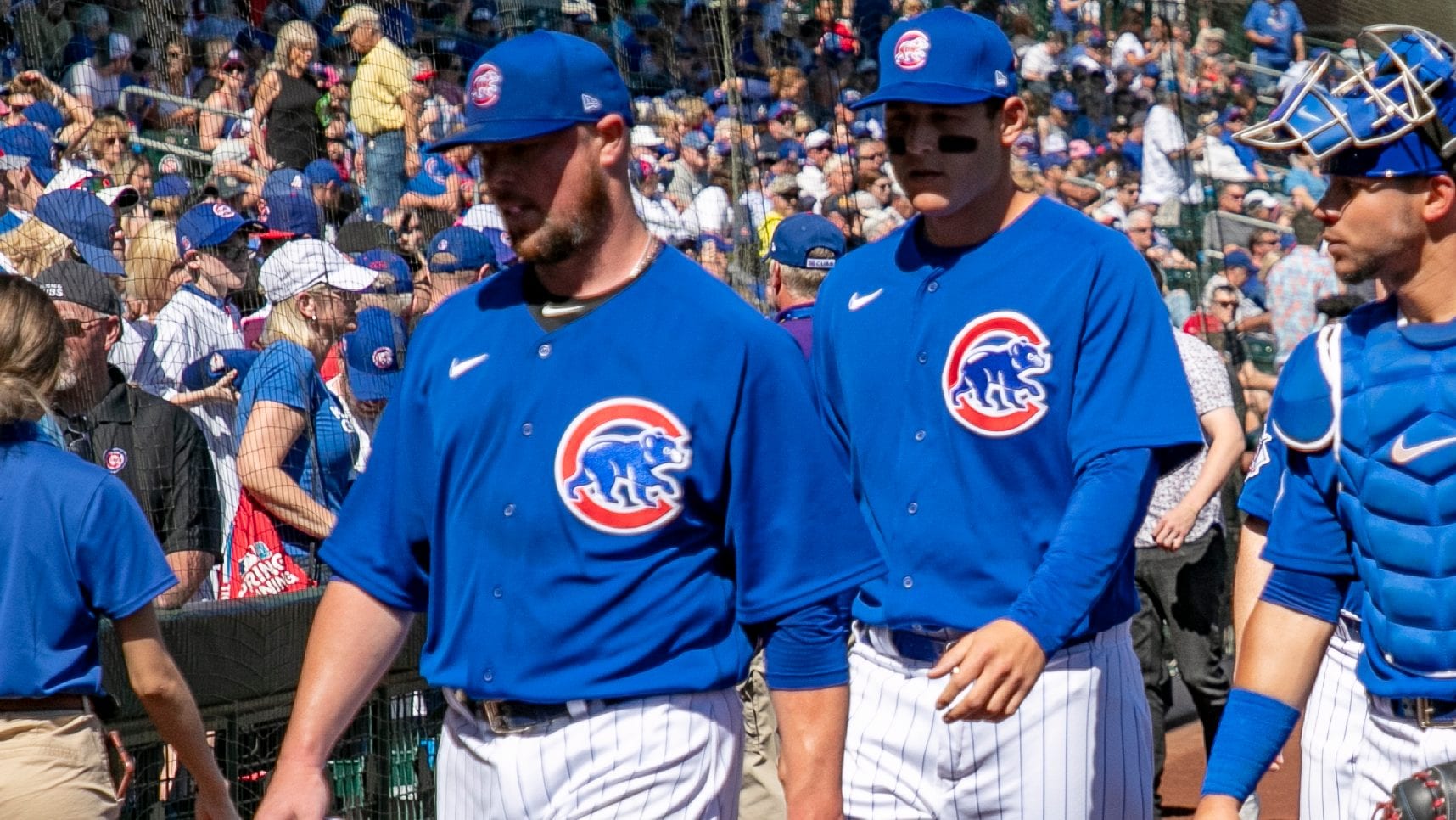 MESA, Ariz. — With many conversations over the winter and into spring training circling around the Chicago Cubs trying to sign their top-flight players to long term commitments or having to move them in trades, the crosstown Chicago White Sox have begun to sign their young players for the present and future.

Although people love to compare rebuilds and eventual results, the two Chicago ballclubs appear to have had different circumstances to deal with when deciding when to offer mega-dollar, mega-year deals.

Drawing a parallel between the two crosstown rivals may not be fair, but it does push the narrative when getting players signed either before or after something on the field has been accomplished.

“You have two types of players,” Jon Lester said. “There are the ones willing to bet on themselves and go through the (free agent) process, we have all earned that right. I did the opposite (signing a 5-year $30 million deal with Boston 2009) because of other circumstances. I had past issues (cancer) so I am a guy who liked the security of it. You have guys that don’t have any concerns and bet on themselves. They play it out to the end. It’s good for the White Sox players and the deals they did get seemed pretty fair. Any time you can make your first fortune it is a good thing.”

The White Sox have spent $183 million locking up four young stars — Tim Anderson, Yoán Moncada, Eloy Jiménez and Luis Robert for the next six to nine years. We continue to watch the North Siders try and figure out their star players’ positions on free agency and get them signed accordingly.

Lester will likely be remembered as the most important and influential free agent signing in Cub history. Within a month of the team signing Joe Maddon to manage the up-and-coming club in 2014, Lester signed a six-year $155 million contract. That seminal signing was in terms of money and annual average the largest in Cub history at that time. It was the best money the franchise ever spent. The Lester signing helped garner the first World Series championship in 108 years and sustained success that Chicago fans had not been seen since the late 1920s and ’30s.

Most baseball observers agree that without Lester, the team would not have won or had a leg up to sign key free agents John Lackey, Ben Zobrist or Jason Heyward. In other words, the 2016 championship likely would not have happened.

In the recent case of the Cubs, the attempt to sign both veteran and younger emerging stars have been an up-and-down process for the front office. Kyle Hendricks and David Bote inked long term agreements in 2019. Others who were a part of the World Series championship club have not so far.

Many among the fan base as well as professional observers are not privy to the negotiations that occur between the clubs and agents representing would be free agents.

“We know the team has talked to our guys about it,” Lester intimated about contract talks. “At the end of the day, I don’t fault anybody for betting on themselves. They want to go through the process. That is why we have it.”

After the Cubs began to turn around the rebuild in 2015, president of baseball operations Theo Epstein and GM Jed Hoyer went to work. They tried to sign players Jake Arrieta, Addison Russell and Kris Bryant to long-term contracts. All three by coincidence or other cosmic interference are super-agent Scott Boras clients.

Boras is the best in the business as far as gaining his client’s top dollar and taking them to full-blown free agent status more times than not.

Arrieta, according to sources, turned down a four-year, $88 million contract from the Cubs after his breakout Cy Young award-winning season of 2015. He eventually became a free agent and signed a three-year deal for $75 million (which includes two $20 million options) with Philadelphia before 2018.

Two less-than-stellar seasons followed for Arrieta: 18-19, 4.26 ERA, 1.369 WHIP. Arrieta’s money with the Cubs instead went toward the Yu Darvish six-year signing. Russell is now a free agent after being released and Bryant appears headed to free agency after 2021. In other words, not signing Russell and Arrieta turned out to be a very good thing.

Javier Báez has been an offseason priority to sign. Long-term extensions for him, Kyle Schwarber and Willson Contreras are still hoped for.

“You look at the guys we have and there are few in the top 1 percent,” Lester said about his All-Star caliber teammates. “You can’t keep them all. How many teams in baseball wouldn’t worry about signing all those guys and not worry at the same time about being over the tax? It’s a tricky thing if you have multiple 1 percent guys and you have to give 7-to-10-year deals to hold on to them. This is a tough business call “

With the Bryant trade-or-sign scenario going on all offseason long, the talk of greed in the game became more topical than any time in the past 25 years.

This situation, however, is not about greed. It’s about splitting revenues properly going forward and giving the fans a good product at reasonable prices.

“Look, I took a lesser deal to come to the Cubs. (The Giants had a bigger offer),” Lester said. “I did not hear about it from the union and I better not ever hear from the union about my choice. At the end of the day, you have it in the back of your mind the union is watching. But it’s still your decision to take whatever deal you want to take and go to whatever city you want to go to. You work so hard to get that leverage, so you retain that right to say yes or no (on long term offers).”

While Mr. Epstein and Mr. Hoyer try to win in 2020 and project 26 men rosters of the future, the players will try to put personal contract issues aside and win a championship. Both sides will have an eye on the future and each other going forward.