With summer camp half over, David Ross lays out next steps for Cubs 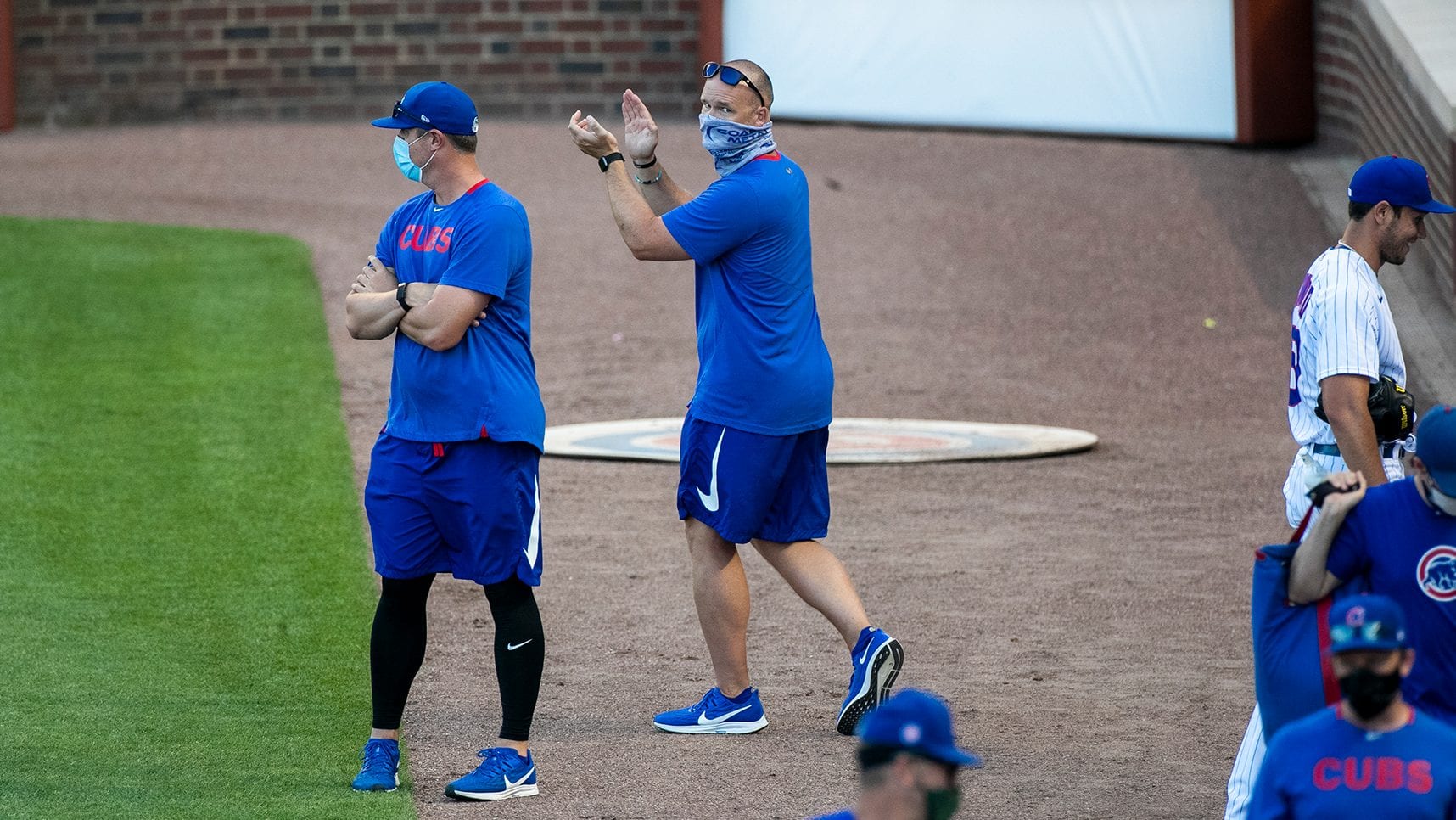 The Cubs will wake up Monday morning with 11 days of work left before the regular season kicks off.

The three-week summer camp is half over and the Cubs have less than a week until their first exhibition contest against the White Sox next Sunday night — one of three scheduled exhibition games.

So what’s next for this team under first-year manager David Ross?

He said Sunday the Cubs will have umpires joining the fray this week to help increase the intensity of intrasquad scrimmages and make it feel more like a game. Chicago native Tony Randazzo will be the crew chief of the umpires that will be embedded within the Cubs for the next couple weeks.

Ross believes adding umpires will help every aspect of the team, from pitchers to hitters to coaches. He even joked the mental skills department will benefit because now John Baker won’t have to call balls and strikes during the scrimmages.

Roster-wise, the Cubs are inching closer to full health as Anthony Rizzo took live batting practice off pitcher Colin Rea Sunday afternoon and is progressing well from his low back tightness. Reliever Kyle Ryan worked out with the team Saturday at Wrigley Field after a process-related delay to the start of his summer camp. José Quintana could potentially resume throwing as early as this week.

While Ross wanted his players to dial up the intensity early on, the first half of summer camp was more about getting players up to speed physically and settling into new routines with coronavirus testing and safety protocols.

Now, it’s time to shift the focus more to on-field strategy and getting ready for the 60-game sprint that begins July 24.

“I want to get back to a couple more baseball conversations with the guys, some things that I kinda took notice of in the down time that I want to put a little more emphasis on that we don’t talk about,” Ross said. “You can’t replace [the competition] in the live looks, but I want to start putting some guys on base, start playing some scenarios out in our head, maybe even stopping some of the practices and teaching a minute about what we want done, how we want to attack on the bases or defensively.

“Just different scenarios, start to work a little more baseball and have those conversations.”

True to his word, Ross added a wrinkle to Sunday’s scrimmage, starting the bottom of the 4th inning with a runner (Ian Miller) on second base, simulating the new extra innings rule for 2020. He did the same thing a couple innings later.

Ross is also focusing on the mental aspect of this all, recognizing players are facing a unique situation and under a different level of stress than they’ve experienced before in a ramp-up to a season. He said he’s been checking in with guys about their mental state as often as possible.

The main theme in summer camp so far as been the “day-to-day” mindset Ross has preached, not getting too caught up in the future or trying to answer questions that are days or weeks down the road.

“I really don’t think that mindset changes,” Ross said. “I think if anything, it’s even more important now because [the media is] going to write what one loss means or what one injury means and we really can’t focus on that because you’ll just get bogged down with the bigger picture.

“If we can stay focused on coming to work every day, grinding at-bats, executing pitches, playing great defense, supporting one another, rooting each other on, we’ll look up at the end and I think good things will happen.”