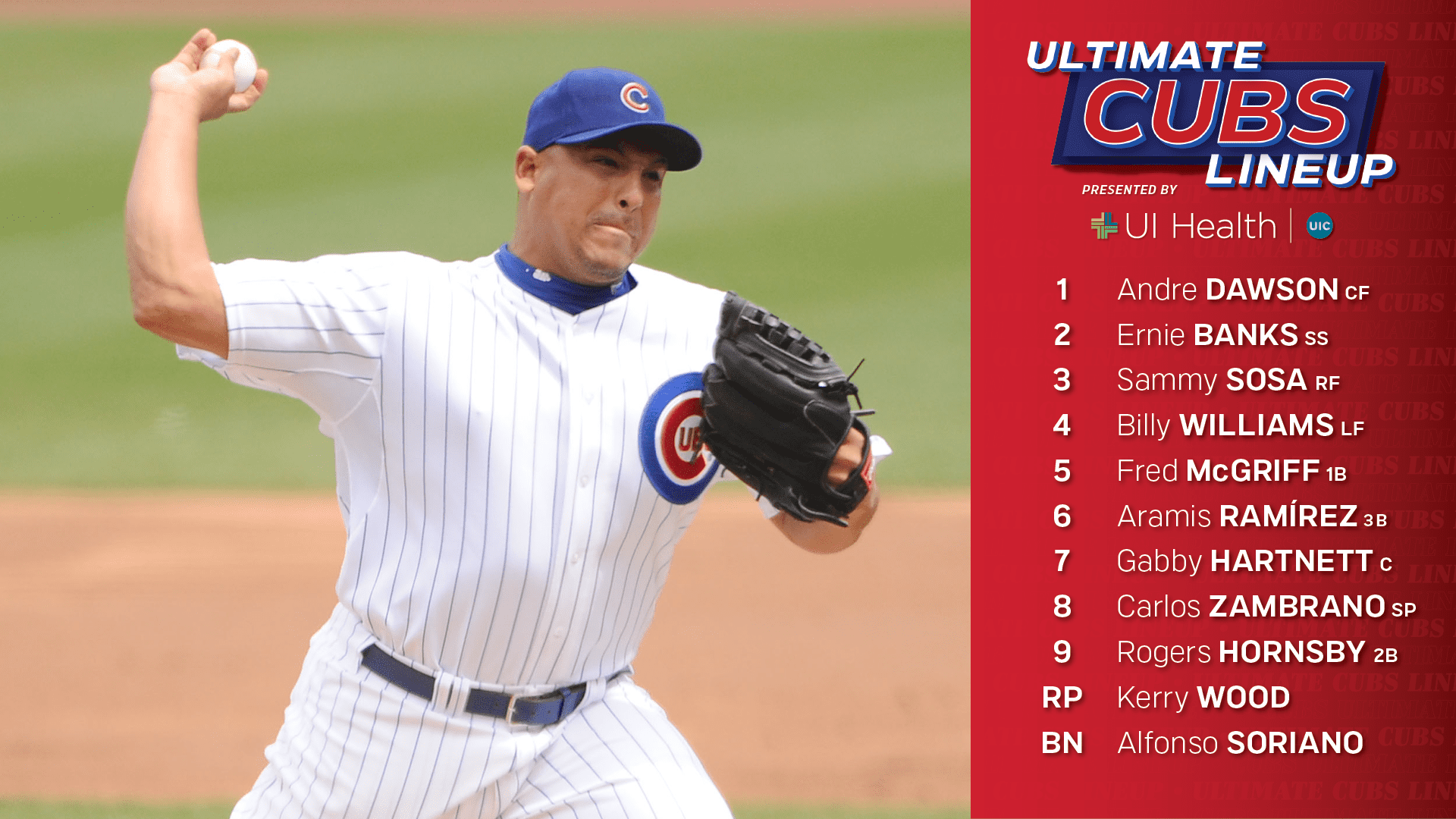 What if you were tasked with winning one — and only one — baseball game and you were responsible for putting together the lineup to get you that W?

Here’s the thing: You can only form the lineup from guys who have suited up for the Cubs, even if it was for only one game or part of one season. This isn’t a list of the greatest Cubs players. It’s the Ultimate Cubs Lineup to win one big game.

That means you can select Mordecai “Three Finger” Brown (who pitched for the Cubs from 1904-1912 and again in 1916) or Anthony Rizzo (who led the Cubs to end the 108-year World Series drought).

You can choose Hall of Famers, All-Stars, role players, whoever. You can prioritize power, contact, defense, intangibles or whatever you think is necessary to win this one imaginary game. You can even hit the pitcher 8th or anywhere you see fit in the lineup.

Since the Cubs are a National League team, we are forming the roster with no designated hitter. To add another wrinkle of strategy, you can select one reliever to come in after the starting pitcher and one player off the bench who could come into the game at any point.

So which 11 current or former Cubs would you choose to go to battle with in a must-win game?

In a one game playoff, that’s exactly what this Ultimate Cubs Lineup is doing. From top to bottom, this lineup is either going to hit one into Wrigley Field’s famous bleachers or they’re clearing out their lockers and heading home for the offseason.

The starting lineup boasts a combined 3,425 career home runs (throw in the reliever and bench player and you’re talking a whopping 3,844 dingers), giving the opposing pitchers no easy outs.

Leading off, the MVP and Hall of Famer Andre Dawson is the perfect person to kickstart this offense. 438 home runs and 314 stolen bases, he’s either going deep or getting on base and making things happen on the base paths.

The home run prowess continues in the 3 through 6 spots in the lineup, with Sammy Sosa (609), Billy Williams (426), Fred McGriff (493) and Aramis Ramírez (386). Gabby Hartnett provides a Hall of Fame career and plenty of pop from the catcher position to follow a strong middle of the lineup.

Taking the bump and hitting 8th, the fiery Carlos Zambrano is the kind of ace you want on the mound in a do-or-die situation. His career 3.66 ERA and 1.33 WHIP will pick up plenty of outs. He also has the potential to go yard himself, hitting 24 career home runs and a lifetime .636 OPS – a respectful number from a pitcher.

Rogers Hornsby doesn’t carry the pop the other seven hitters boast, but his lifetime 301 home runs are nothing to brush aside. His career .434 on-base percentage is perfect for a 9-hitter who might have some opportunities leading off the inning. He’s the perfect “second” leadoff hitter.

Coming out of the bullpen, Kerry Wood brings the experience of a closer and the lights-out “stuff” to get hitters to swing and miss. If, for some reason, things go awry with Zambrano starting (they won’t, but you never know) Wood also can go a few innings.

This team is going to hit home runs. The only question is, would it be enough? Here’s hoping in this winner-take-all game.