‘She’s been that spark we need’: Rookie Rebekah Gardner has emerged as a X-factor for Sky 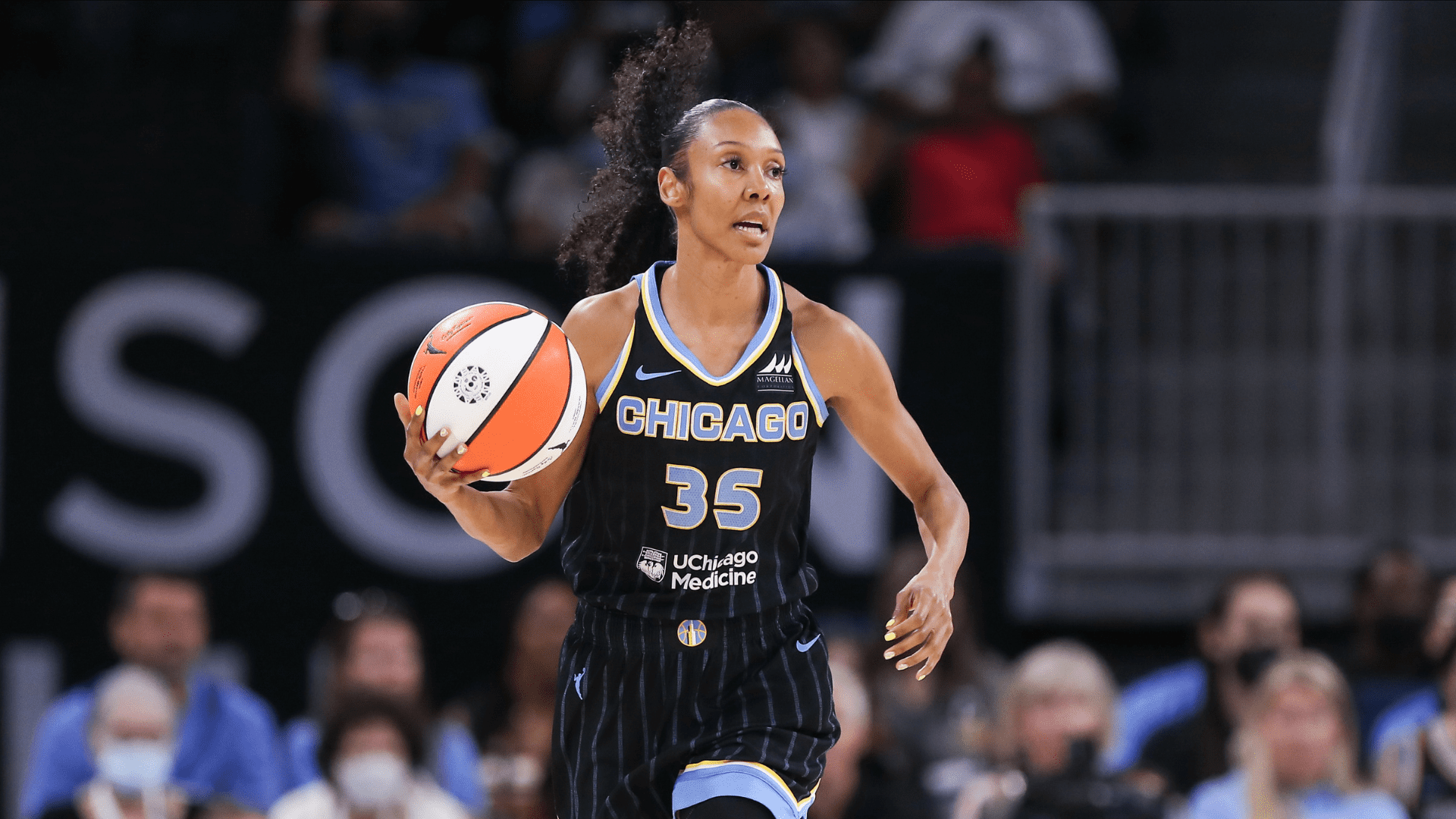 “She’s like Magic Johnson,” Wade said. “She has a smile that lights up a room.”

Chicago Sky head coach and general manager James Wade had a spot to fill in the offseason with Diamond DeShields leaving in free agency. The Sky needed to replace the intensity, grit and constant disruption on the defensive side of the ball that DeShields provided.

So Wade brought in Rebekah Gardner, a 32-year-old professional who’s spent the last 10 years playing ball internationally. Not only did her bright, joyous smile come along with her to the Windy City, but Wade saw something that he knew would fit into Sky basketball.

Ever since joining the Sky on a training camp contract in February of 2022, Gardner has shown all of that on the hardwood.

In the regular season, Gardner led the Sky in steals with an average of 1.4 per game and chipped in 8.4 points, 3.3 rebounds and 1.3 assists per game off the bench.

“I think she’s so coachable. She always gives energy to the team, never takes it away. That’s always a pleasure to coach and you cheer for people like that,” Wade said with a beaming smile.

However, it wasn’t always smooth sailing. Gardner’s start to the 2022 season took a bit of work, and she knew that coming off the bench.

“We have a lot of scorers on the team; so, I really am just trying find ways I can [bring something] to the team,” Gardner said. “Obviously defense is one. I just try to find ways to make plays throughout the game.

“In my head, sometimes I try to make defensive plays to create offense and turn it into transition offense. I feel like that’s a way I can really add to the team.”

Her teammates noticed the impact she had on the court right away.

“She’s just an anchor for us defensively,” Azurá Stevens said. “She’s been that spark we need off the bench. I think that’s been our biggest asset this whole year is our bench play and what we’ve been able to bring and Beks is a big part of that.”

The quick feet, fast hands and darting eyes reading offenses throughout the season started to pay off. Her name began to pop up on scouting reports as a defensive threat that teams needed to respect. She capped off the regular season earning a spot on the WNBA All-Rookie team.

Fast forward to the postseason, Gardner has played lights out defense in the 7 playoff games thus far. With a ranking in the Top 15 in steals in the league, she showcased her talents especially in the Game 3 win against Connecticut.

Late in the third quarter, she had hands all around DiJonai Carrington and forced a turnover on the baseline which turned into Sky points. That provided a massive momentum shift and extended the Sky’s lead heading into the fourth quarter.

However, adjusting to the WNBA after playing overseas for over a decade is a different animal. The WNBA is an elite group of 144 basketball players who take the game to a higher level of intensity and speed, especially on the defensive side of the ball.

“It’s really hard adjusting to this league,” Stevens said. “She’s older so she’s played, but I think, even with that, it brings its own set of challenges because she knows how to play. It’s very up and down in the WNBA sometimes, especially when you’re new, and she’s been able to weather that storm and just be really consistent for us.”

Julie Allemand joined the Sky in 2022 after playing a majority of her career in Belgium, and she immediately noticed Gardner’s attention to defensive details, something that isn’t as highlighted in the European leagues.

While Gardner has used her game to get to the WNBA, she’s leaned on her fellow veteran teammates in Allie Quigley, Candace Parker and Courtney Vandersloot to pick up any new tricks or insight.

“I just think it’s the communication and their experience,” Gardner said. “I do have some experience from overseas but I feel like the WNBA playoffs is the highest level. Their wisdom has really helped. I’m just soaking it all in.”

As she and the Sky prepare for a decisive Game 5 against the Connecticut Sun Thursday night at Wintrust Arena, Gardner had a moment of ‘you made it.’

“I was talking to my sister on the phone,” Gardner said. “Last summer I was at home. This summer I’m in the WNBA semifinals. Definitely need to keep things in perspective and just enjoy the moment for sure.”